Hello! I’m Michelle, a 3rd year Law student, writing after my year long exchange at the Chinese University of Hong Kong (or CUHK). I will try to briefly reflect on my own experiences, thoughts from this exchange — as well as end on some pointers I hope will be of helpful to any students, particularly those studying Law, who are looking to go on exchange.

I chose to study abroad in Hong Kong, where my family is from — at CUHK, which is a wonderful campus-based university located on top of a large mountain. I had decided to sign up for this exchange because I wished to improve my Chinese language skills; but also to give myself the opportunity to study a wider range of modules.
Although Cantonese is spoken locally, the courses offered at CUHK are primarily in English — so you may find conversing with fellow students and professors relatively easy. Furthermore, I find being in a foreign country is a great motivator to learn a new language — in my case, I already knew Cantonese, so instead, I picked up Korean in a beginners’ course.

The wide range of modules CUHK offers is also one of the many benefits to studying in such a multi-cultural, international city. There are many Law modules involving studying the Basic Law and Chinese civil law in Hong Kong and mainland China which you would not be able to find at Southampton. Most importantly, for those who fancy travelling around Asia as well— it is likely you will be able to study the language of that country at CUHK. For me, I was able to travel to South Korea only a few days after my Korean final!

For those who love to explore different cuisines, CUHK also has many canteens, offering a wide range of local dishes. Although each college has its own canteen, you can also find many hidden cafes (‘Coffee Corner’ being a favourite given its relative closeness to the University Library); as well as a snack bar located by the swimming pool, which offers much of Hong Kong’s street food.

Of course, as an Asian country, Hong Kong’s climate is vastly different from England. Most of the year, the temperature is something akin to summer in England. Except much more humid, and with the occasional typhoon. Although there are a few days of the year where it can drop to below twenty (already considered cold in Hong Kong), it is probably the heat that one should prepare for (with lots of light, summer clothes and maybe even a fan on hand).

Not only is travelling around Asia convenient from Hong Kong (most surrounding countries such as Thailand, Japan, being only a few hours’ flight away); but Hong Kong itself offers a robust transport system. Although it can seem complicated at first, the train and underground network can reliably take you all around Hong Kong island. For example, you can go from the university’s own dedicated train station — all the way to Hong Kong Disneyland. This is all made simpler by the Octopus Card, no doubt introduced during Orientation, and widely used by locals. A comparison would be the Oyster card, except it can be used on the train, underground, buses, and even in purchases in 7/11 convenience stores and supermarkets. 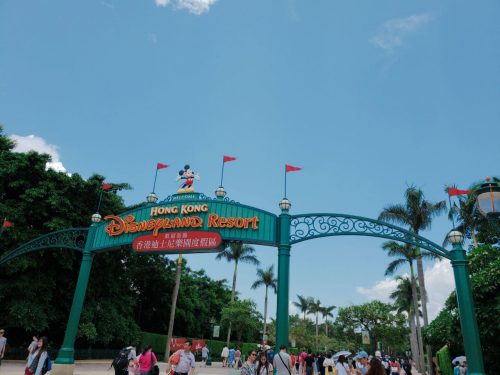 TIPS FROM A ‘WOULD BE’ LOCAL

Aside from all the benefits to studying abroad, of course there are also difficulties that come with living in a host country that you may be unfamiliar with. For Hong Kong, the culture can be easily described with one word — ‘fast’. Everything is convenient, because locals are accustomed to performing everyday tasks efficiently, and well. For students, this may translate to a higher workload than what you may be accustomed to. In particular, I found myself studying a total of 10 semester-long modules during my exchange; rather than my usual of 4 year-long modules. However, this could be an intellectually stimulating situation some may enjoy (for me, I enjoyed being able to study 2 non-major modules for the first time).

As a reflection of that, course selection can be stressful as you are likely trying to timetable in many more modules than you would normally take, compared to being at Southampton. For CUHK, courses are primarily allocated on a first-come-first-serve basis, which can make it difficult to select desired courses if there is a restriction on class size. However, I found that you can be quicker at adding courses (and securing your place on popular courses) if you familiarise yourself with CUSIS (the student services portal); and ensure that before course registration you have marked down the course codes of each module. 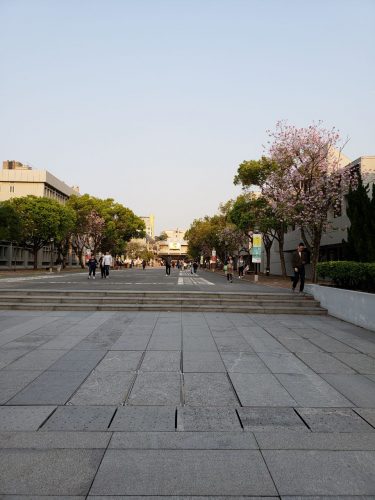 Lastly, I would like to say that for me, studying abroad has blessed me with many new friendships that I have made during my stay in Hong Kong. Going on exchange is beneficial in an academic sense, that you can branch out and learn even more about your subject; but making friends from different countries can also help you grow as a person. Much like students from all around the world go on exchange to Southampton, the same can be said for CUHK. I found myself meeting not only local students from Hong Kong, but from countries such as Singapore, Germany as well.

So, my final tip would be to engage yourself as much as possible in student life, from attending campus tours, which were led by students who I still keep in touch with post-exchange; to actively speaking to other exchange students in your classes. I found myself being able to adapt to the local culture much more easily when taught by local students, who would also give helpful academic advice, as well as practical advice, such as where to find quiet study spaces. On the other hand, being able to meet other exchange students gave us the opportunity to explore Hong Kong together — a highlight of my year was travelling to Macau to watch a concert with my friends.

Lastly, a photo of the bustling streets of Hong Kong taken from the back of a tram heading to Causeway Bay. I hope that future exchange students can enjoy life on campus, but also remember to take the opportunity to explore the surrounding city that is rich in culture and adventures untold. 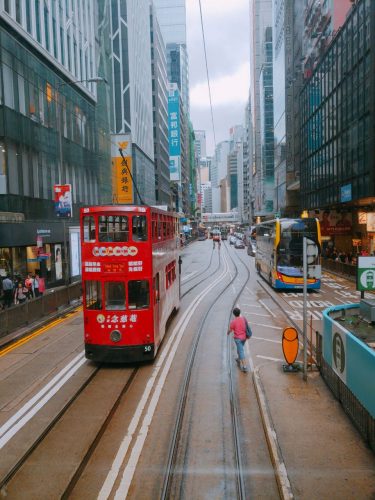 Hong Kong – a Home away from Home