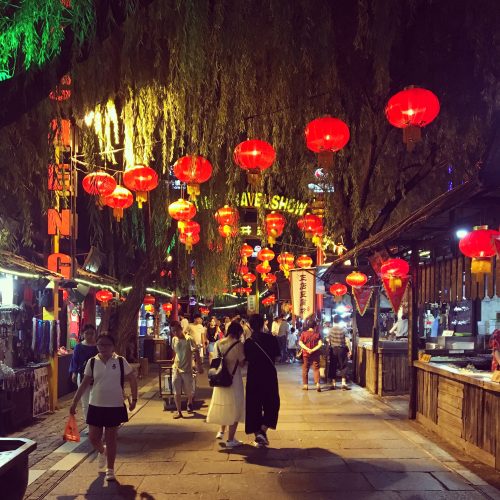 Greetings from Hangzhou, China! Now, a single blog post will not do justice to the highly varied summer school I have just completed, but let’s at least make a start. There is a lot to put in writing, simply said, from describing the wondrous location of the school, to the brief experience of studying at a prestigious Chinese university, to the several interesting people I’ve met and lessons I’ve learnt. So, you’ll find plenty of reasons to wholeheartedly pursue a study abroad opportunity, but even better if it’s a summer school in China!

I was fortunate to be offered a place on the Study China programme run by the University of Manchester and funded by the UK Government. The application stage was a journey in itself! The programme was a three-week long programme aimed at all UK-based students that have an interest in learning Mandarin and experiencing life in China as a student.  It consisted of a three-week intensive Mandarin course, tours of the city’s landmarks, parks, museums, and spectacular talent shows. But in my opinion, it is the strong bonds with people I’ve made and the adventures we’ve had together that have been the highlight of this trip. You will most certainly be a changed person after such a varied, intense and sociable few weeks. I have now completed my course at the University of Zhejiang, and it has truly been an adventure as well as an honour to witness first-hand the twists and quirks of Chinese culture with its very hospitable people!

“Up there is heaven, down here is Hangzhou and Suzhou”. This quote is often, and rightly, used by the locals to describe the breathtaking beauty in Hangzhou. My experience is testament to the truth of this quote. I was therefore extremely lucky to be part of the Hangzhou cohort in Zhejiang University. Hangzhou’s very “identity” is discovered in West Lake, a huge lake surrounded by gardens and elegant bridges, that forms an idyllic and stunning backdrop during sunrise and sunset. Hangzhou also sits on the foothills of nearby mountains, offering some challenging but adventurous treks to see the city from above. A cable car takes you to Linyin Temple and the Pagoda, again offering breathtaking views of the city below, accompanied with Hangzhou’s rich heritage. Hangzhou has mastered the balance between natural and urban features. As for the latter, Hangzhou was also the site of the most recent G20 conference. The spectacular G20 light-show still happens regularly, for locals and tourists to enjoy, against the backdrop of the city’s marvellous and manicured skyline. The same evening we went to see that lightshow, we were also treated with another local treat, namely, a typhoon! It started with clouds gathering above our heads, then without a clue of what was due next, a sudden onslaught of rain from every direction imaginable. At this point, umbrellas were of no use either. We were sprinkled from above, below, left and right. Whilst many panicked and fled back to the buses (if they could find them), I embraced every drop of it. There was nothing to lose, so I seized the chance for a free shower and a swim in the puddles. I remembered my dad’s paramount life advice he gave me, shortly before the trip, that is “the art of life is to ignore the science of life”. On the bus back to the university, this quote became a stimulus to a deeply philosophical discussion with my friends sitting near me.

But this wasn’t the only surprise or adventure thrown our way; they kept on coming in different shapes. Closer to the end of the program, the university organised a trip to the “Romance of the Song Dynasty” show, a spectacular display of talent, heritage, history and Chinese legends in a 60-minute show! This was located in a theme park with pathways lined with bright red Chinese lamps, reminiscent of a scene from “Spirited Away”. In this mystical setting were numerous food joints, eateries and activities for younger children. But it was the show in the arena that truly blew our minds. Not one person came out of the show indifferent, with everyone either lost for words, or suddenly very poetic in recalling what they had just “experienced”. I never knew art could be so artful, simply put. Multiple tours were also organised by the university to various museums exhibiting Chinese pearls, tea, silk or arts and craft. Emerging Chinese tech companies like H3C also made the list on our itineraries, probably looking to attract some foreign talent. But again, a paragraph would not be able to summarise a three-week trip filled with excursions, the rest is therefore waiting to be experienced!

Chinese hospitality is unbeatable. One day in our schedule was dedicated to a host family visit, whereby a host family would take a group of three students around the city, and then for dinner afterwards. The first few minutes were naturally awkward especially due to the language barrier, but we were able to overcome that, thanks to the youngsters in the family and “Google Translate”. We were taken around the city’s museums, restaurants and parks, and continuously treated to Hangzhou’s best food! From that day onwards, my view of Chinese food drastically changed, as I had truly tasted the best of Chinese cuisine. They didn’t want to leave us, and continued spoiling us with treats and sweets! Their hospitality was nothing short of heartwarming; we were certainly moved. 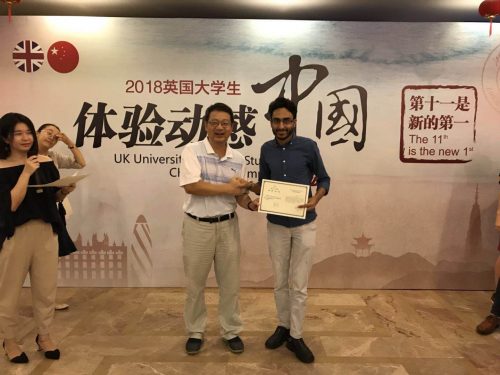 The friends you make when travelling show you a new and undiscovered dimension of friendship. The places travelled together, the strong and trustful bonds created, and the memories made, will last a lifetime. Everyone was extremely friendly, welcoming and open-minded. The social dimension of this trip was the most rewarding for me. The “closing ceremony” was therefore sad for everyone, but it was also testament to the great friendships we had built. Whether you are looking to travel more and experience new cultures, learn a new language or meet some wonderful people, or all three, you certainly won’t regret opting for a summer school (especially in China) to accomplish those.