For many people, doing a year abroad means going to a new country with a new language, culture etc. But I decided to do my year abroad in France where I was born and grew up for 10 years. I wanted to experience University life there as well as finding out more about the French legal system.

After a long summer break, the time had come for me to leave London- I was excited but at the same time, I thought to myself- Have I made the right decision? What if I don’t feel like I belong there anymore? What if I don’t make friends? And naturally, as weeks went by, those questions disappeared out of my mind.

I was quite surprised on my first day at the faculty. After being at such a big campus like Highfield for two years, the Faculty of Jean Monnet was much smaller as the faculty is only for Law and Economics students. The first week was an induction week where we had French lessons as well as icebreaker sessions which really helped in making friends. I met students from China, Poland, Greece, Germany, Italy and Poland. During the summer, I was introduced to Eloise via the ‘TANDEM’ University Buddy Scheme. I was also able to meet her during a picnic organised by the faculty and she has been a very big support throughout my time here. We also made a visit to the iconic ‘Parc de Sceaux’ with the faculty and had a guided tour of the town of Sceaux, this included meeting the Mayor of Sceaux who was very welcoming. 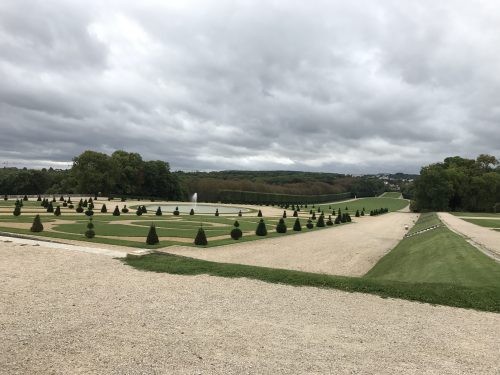 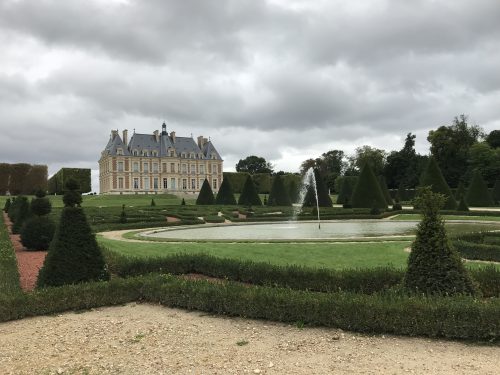 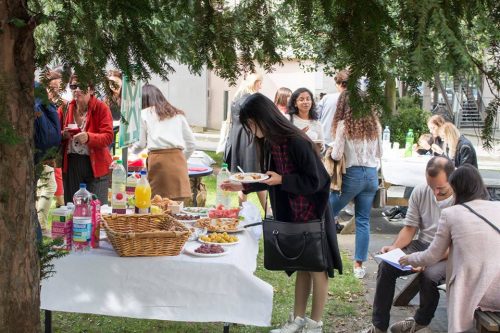 Meeting Eloise at the picnic 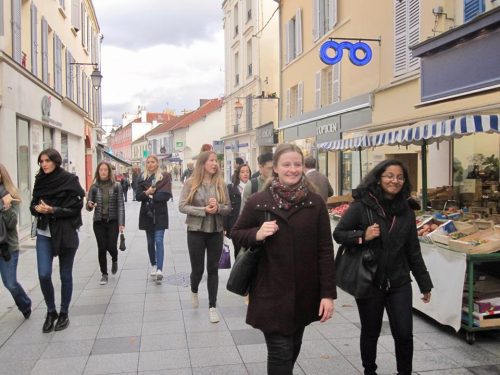 On our guided Tour around of Sceaux; with my friend Marie from Germany 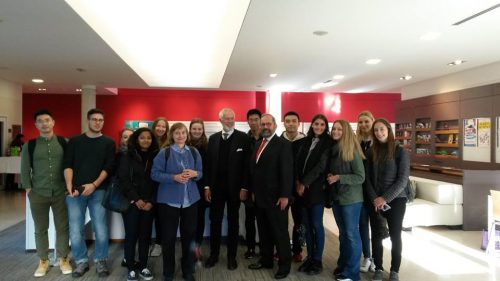 With the Mayor of Sceaux

The first semester was indeed quite hectic as I had quite a lot of changes with my module choices. It particularly took me some time to get used to the three- hour long lectures and the 9:30-8pm days (with an hour lunch break only! Yes!) which was something that I wasn’t used to at all. But besides these small difficulties, I really enjoyed studying Civil Law modules and the lecturers/professors were very understanding. I also took weekly French modules to brush up on my French skills. During this semester, the faculty organised events for exchange students; this included international dinners and a ‘Degustation de Fromages’ (tasting French cheeses). I also frequently made visits to Paris, particularly to the Louvre Museum but there is still a lot more of Paris that I need to see before the end of my year abroad as well as the Chateau de Versailles. 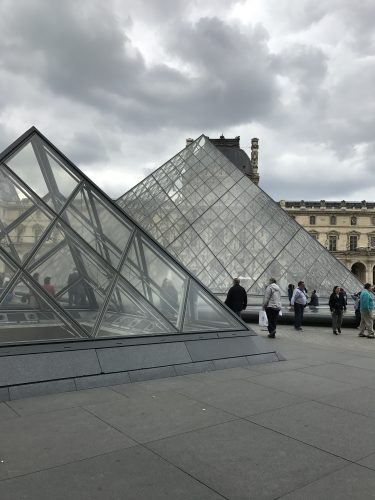 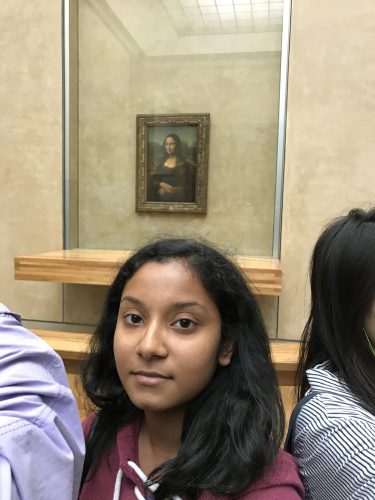 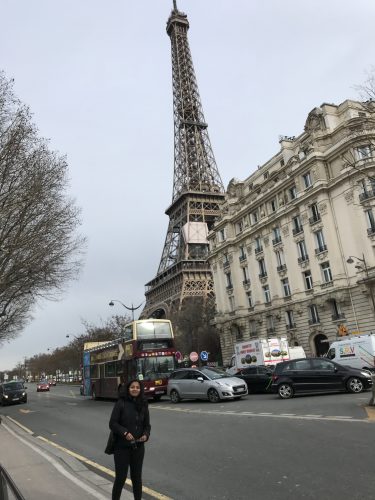 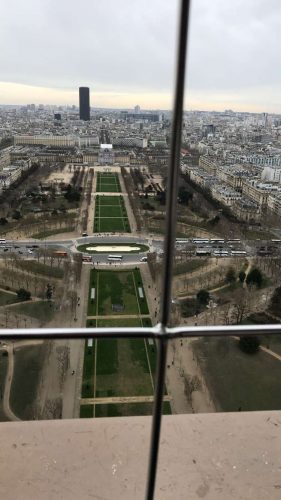 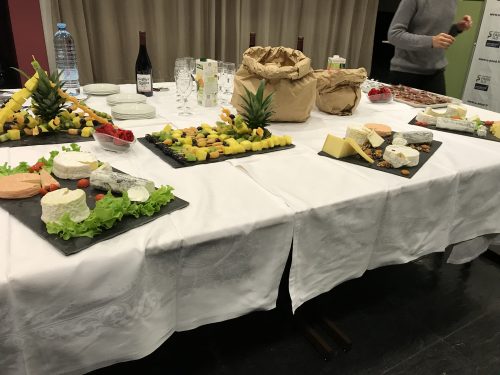 After my exams for the first semester had finished, I went back to my home town in the region of Essonne where I visited friends who I hadn’t seen for more than 11 years. I also visited my previous music school where I started to learn guitar at the age of 7 and met my guitar teacher, Joelle who I also hadn’t seen for 11 years. I was able to spend the day with her catching up and meeting her new students and re-living what position I was in when I started off. The town where our faculty is based also organised an event for us where we were able to go to a French family’s home for the evening and eat ‘Galette des Rois’ which is a French cake that families eat on 6th January- the arrival of the Three Wise Men in Bethlehem. I was kindly invited by Mr. Allemand’s family where we shared a homemade Galette which was yummy and spent the afternoon playing games and it was overall a very memorable evening. It was particularly interesting as Mrs.Allemand was an ex-Erasmus student from Italy who later settled in France, so it was nice to find out about her experience too. 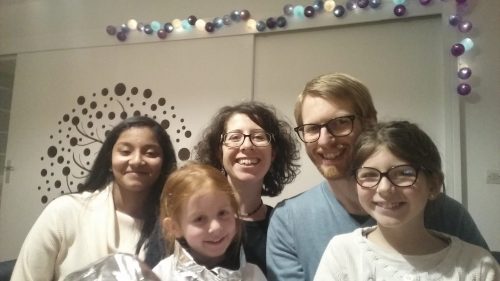 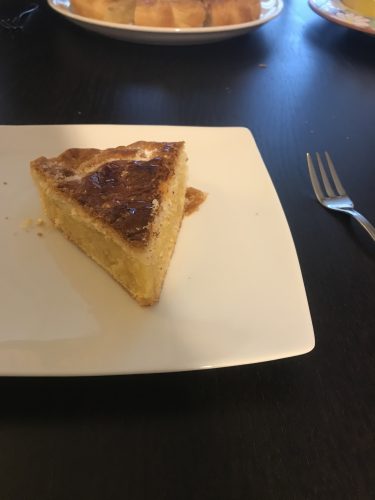 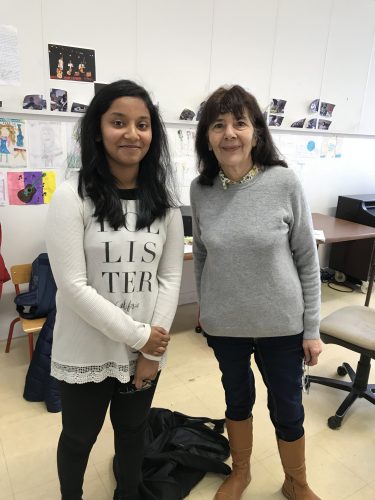 With my guitar teacher Joelle

In terms of food, of course France is known for their baguettes and pastry items and with the numerous boulangeries in the towns, there was nothing to worry about. Also, the faculty offers food for 3 euros which includes a a starter, a main, a dessert/yogurt + a fruit and a small piece of bread which is very good pricing. The only thing that was quite different to the UK was the prices in supermarket so I had to find cheaper alternatives (for example Monoprix is a big no no!) In terms of living costs, my year abroad has been quite cheap as I only pay 1/10 of the fees I have been paying over the last two years and the accommodation is also very affordable (around 1/2 of what I would normally pay in the UK)

Some tips from my experience so far:

I am looking forward to ending my second semester positively just like the first semester. So far, I am so glad to have chosen to do a year abroad as I’ve really enjoyed myself here!

My first semester in France

The Rosenstiel School of Marine and Atmospheric Science
Bittersweet return

2 thoughts on “My first semester in France”