Sadly, coming to the end of my exchange at Western 🙁

Here’s some stuff I’ve been doing whilst in Canada!

Did a university international’s trip to Toronto and managed to do all the main touristy hotspots in one day which was really fun! The elevator (for you English folk that means lift) to the top of the CN tower was really cool and the views were pretty awesome if a little bit chilly! The classic Toronto sign was also really pretty with everyone whizzing around on ice skates beneath it! 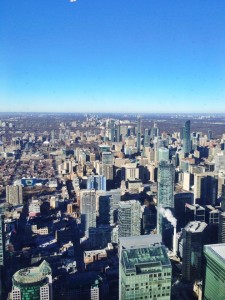 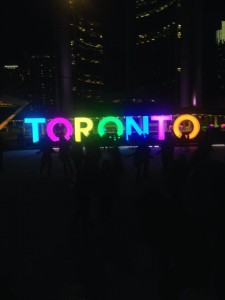 During Reading Week (a 1 week break in February) we went on a trip to Quebec! The temperatures in Quebec City were slightly nuts (it reached -40 with wind chill so the risk of frostbite was very real) but we still persevered with plenty of outdoor activities! We saw Old Quebec, went sledging, went to the Carnaval du Quebec and I queued for an hour in -30 degree weather to go zorbing down a snowy hill (not worth the wait but worth the feeling of accomplishment after out-queueing all of my friends)! 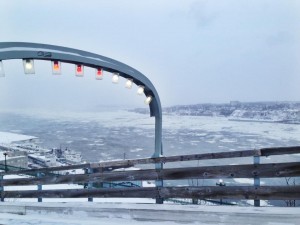 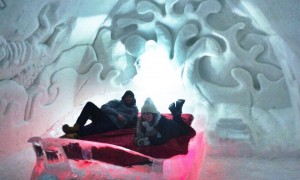 We also saw a Red Bull sponsored ski jump tournament and went to a board game cafe. We went to an ice hotel which was pretty cool too!

On our last day here we visited Montmorency Falls which was absolutely stunning, but incredibly cold so the falls were pretty much all frozen over! 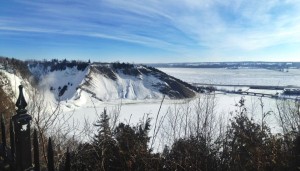 Our next stop was Montreal which was warmer (only -10 degrees!) and beautiful! Climbed to the top of Mont Royal which had some really beautiful views! Visited Old Montreal and ate at the same creperie 3 days in a row! We also went to a cat cafe which was honestly the best thing in the world. 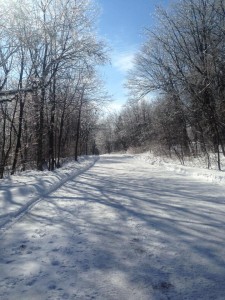 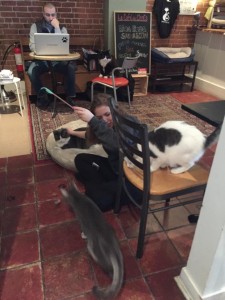 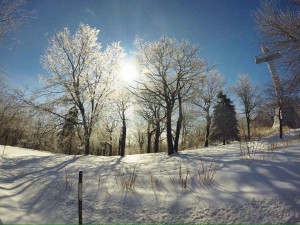 On our way back to Western we stopped off again in Toronto and ate at a nutella cafe which was great! Bought myself a blue jays cap because I wanted to blend in with the hip Canadian teens. We managed to get free tickets to an art museum and saw the Massacre of the Innocents (which apparently a big deal) and other fancy pieces of artwork. 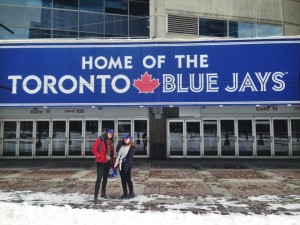 On Easter weekend me and a friend decided to pop to New York for a few days. We decided to brave a 9 hour overnight bus trip there from Toronto which was one of the most uncomfortable experiences of my life, but definitely worth it considering it was $50. We squeezed in everything you would expect: bike rides in Central Park, Times Square, Ground Zero, Battery Park, Statue of Liberty (from a distance), Top of the Rock, the best pizza place in the world, Grand Central and multiple Gossip Girl locations. 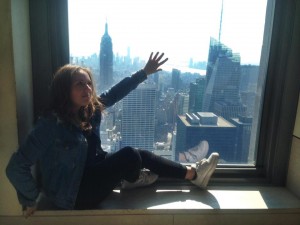 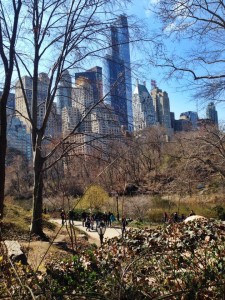 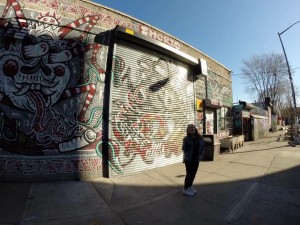 I’ve seen the famous Rick McGhie who is kind of a Western legend and plays well-known classics at the university bar every week! I’ve been beer-bogganing which involves getting drunk enough to not feel the cold and then tobogganing down a snowy hill on a cafeteria tray.

I conquered a fear and held a tarantula which was horrible but I did it anyway! 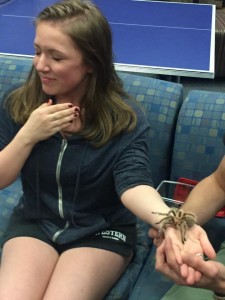 Went to a paint party which meant we got absolutely drenched in gooey paint and had to run home in the snow in nothing more than shorts and a vest top but it was pretty fun all the same! Went sugar-bushing (a maple syrup farm) and learnt about how syrup is made – which is surprisingly grosser than I expected (sap is icky). I’ve been to a frat party which is honestly exactly like you’d expect, a grotty house full of people with red solo cups, a glorified house party that you have to pay entry for. Also managed to watch two ice hockey games and think I’m slowly learning the rules, it’s really entertaining to watch – a lot of fights and crashing into walls. 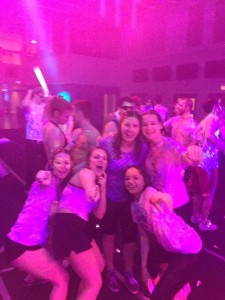 Think that’s about it! Can honestly say that, despite everyone telling me I’ll eventually get sick of it, I still love snow! 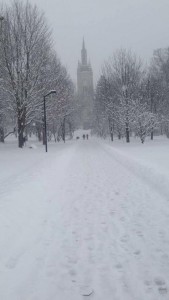 Still not sick of snow