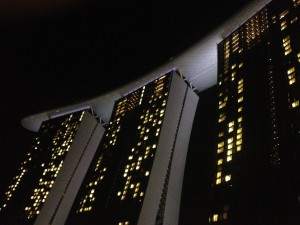 It’s only 3 weeks left till the end of semester and all the deadlines are accumulating towards the end. Can’t believe the time here passes so quickly. I remember just arriving and suddenly it’s already end of semester. I have to say it’s been a lot of fun. The hall life in NUS is very rich in events and gathering such as sport clubs, drama club, hall outings, other societies. Unlike many universities which have societies only within the university itself here every hall is like a different world world on it’s own. The halls tend to compete against each other in sports in competition known as IHG (Inter Hall Games) which is happening next semester. Everyone can find something interesting for themselves. The exciting hall life is the main reason why I preferred to stay in hall rather than student residence where most exchange students stay. Personally I joined the floorball team in my hall and its atmosphere is very nice, people are very friendly and there are plenty of team bonding activities. Everyone takes the trainings very seriously by putting a lot of effort and we are hoping to win upcoming IHG. Another thing about hall life is that here everybody seems to know everybody. Everyone gets very involved in everyone’s lives and relationships and tends to gossip a lot. 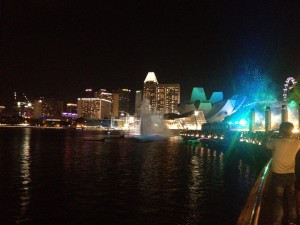 Another thing I’d like to talk about is the idea of distance that people have here. Whenever I ask someone question like “Where does he/she live?” they usually reply “Very far” which in Singapore means 1h. Singapore is so small that here people have very different idea of distance. You can probably drive from one end of Singapore to another in about 1,5h so 1h of travel is considered very far.
Since coming to Singapore I developed a very bad habit which is very common in Singapore. A meal called supper which is usually eaten at about 11pm. It’s very popular here since the food is so cheap and many food shops are open until very late. It’s very unhealthy but I’ve been eating it everyday for about 2 months. Usually the size of the meal is same the same as dinner. That’s all I’d like to mention for now since exams are coming soon and I’m more and more busy. More interesting things to come in my future posts!

Semester is coming to an end – A few reflections.