Hello everyone! I am a French and German student and have just returned from a 4 week long summer school in Le Mans, France. The summer school was a great experience as I was able to meet people from all around the world, as well as a great opportunity to improve my French skills inside and outside of the classroom. During my time in France I also learned about French culture and was able to go on day trips to Le Mont Saint Michel, Saint Malo and Amboise. In this blog post I will talk about my highlights from my stay in Le Mans- The Le Mans Race Track, La Nuit des Chimeres light show, a day at a French cookery school and celebrating France’s win in the World Cup!

Le Mans is a city well known for the 24 hour race which takes place in June, and we were lucky enough to visit the racetrack during our trip. I enjoyed being able to go onto the race track, as well as seeing the behind the scenes such as the press room. 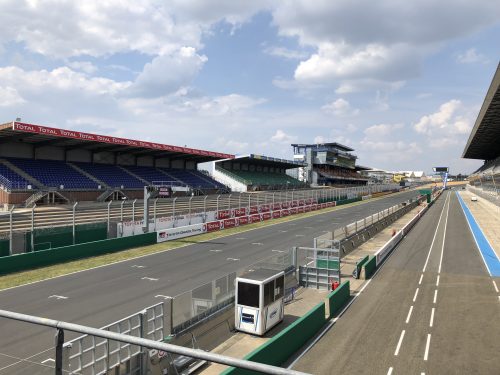 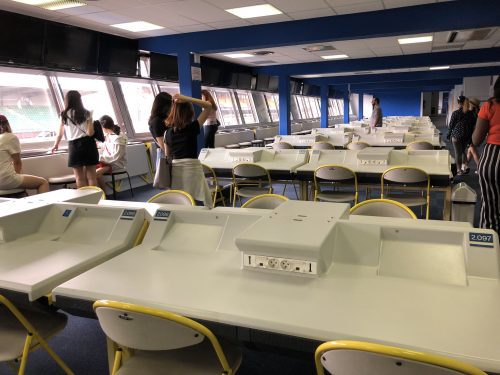 (Above) The Press Room

However, Le Mans is not just about the race track- the city is rich in history with a cathedral and the biggest Roman walls outside of Rome. During summer a light show called ‘La Nuit des Chimeres’ is projected on the Roman walls and cathedral. The projections on the monuments were really effective and beautiful . 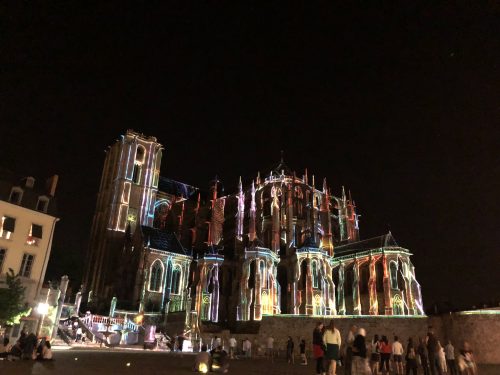 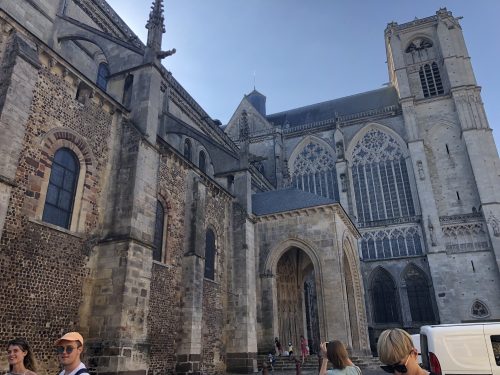 (above) A side of Le Mans Cathedral by day 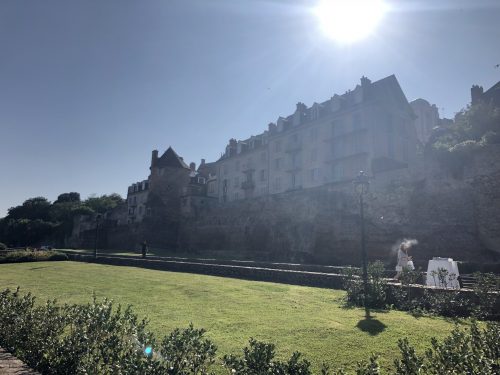 Day at a French cookery School

As part of the summer school, our group also enjoyed a day at a French cookery school. We were divided into groups where some made canapes, the main course and then the dessert. I was in a group tasked with making the main course. This was a chicken breast stuffed with rillettes (a local speciality similar to pate) and served with mashed potatoes and vegetables. I had a lot of fun on this day learning new cookery skills and trying local French cuisine.

A group of us wearing our chef hats! 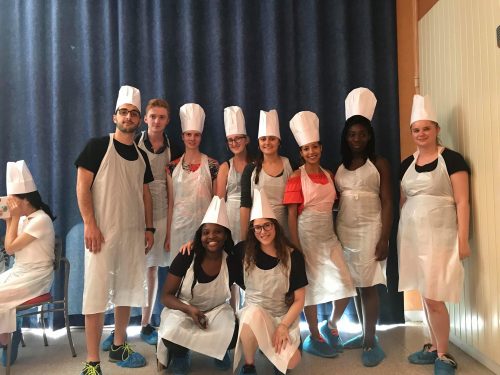 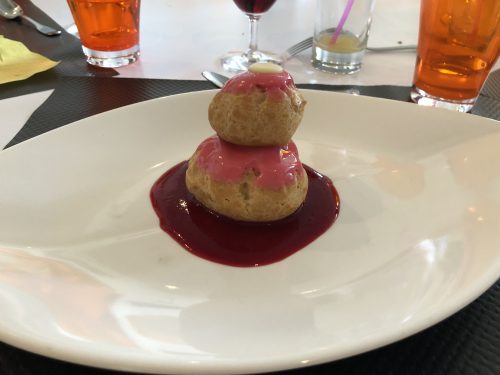 In addition to our days out in Le Mans, we also visited Le Mont Saint Michel, Saint Malo and Amboise. These days out where really exciting because we were able to discover and experience more of France rather than just Le Mans. 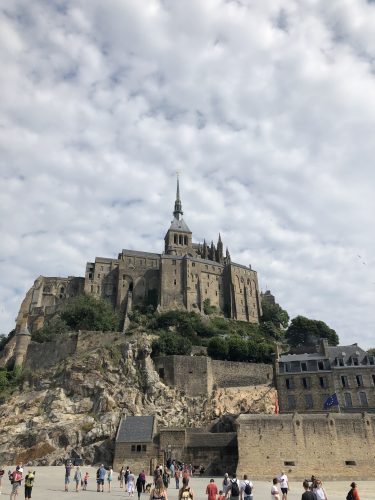 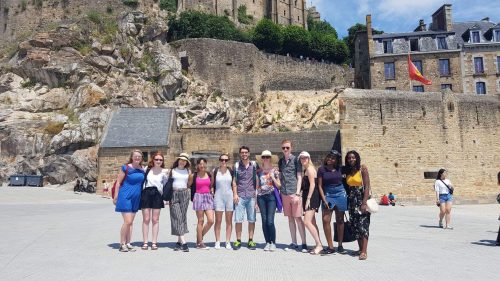 After our visit to Le Mont Saint Michel, we drove to Saint Malo which is a seaside town in Brittany. The town was beautiful and was a nice place to relax after a busy day walking around Saint Malo. I was happy to have an ice cream and walk along the beach for a few hours. 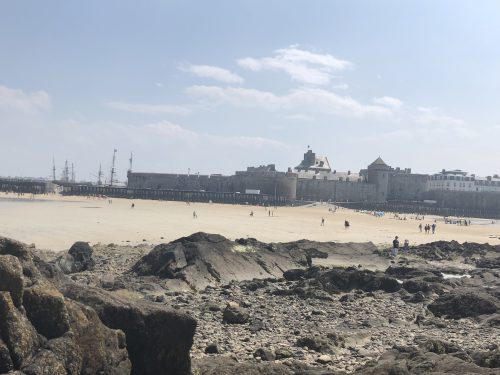 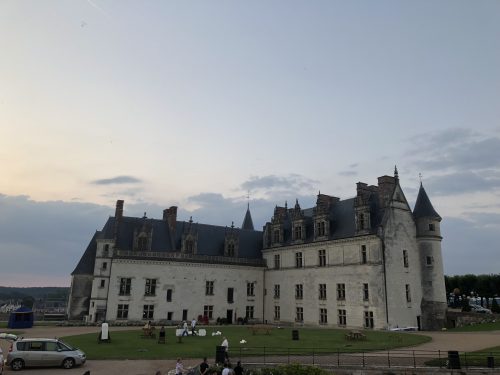 During my stay in France, the World Cup was taking place so I was able to watch some games on a large screen projected in the centre of Le Mans. I even was able to watch the final when France won! The atmosphere was buzzing and this was an experience that I will never forget. 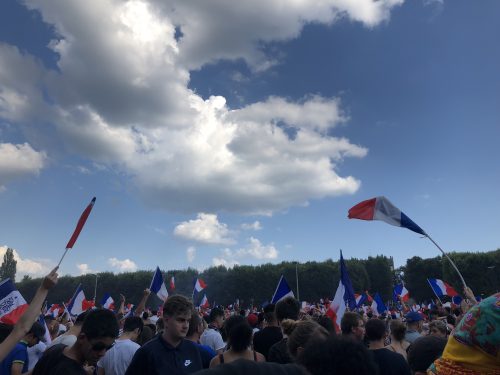 Overall I had the best time in Le Mans and I have created many memories during my 4 week visit. I would highly recommend going to the Summer School because you will meet lots of people and it is also a great opportunity to learn French. In my opinion the Summer School was very well organised and was a good mix of lessons as well as cultural trips, so I was never bored. After this trip I would really like to go on another Summer School next year and visit more of France.

After a semester in Singapore…
A Summer in Xiamen