I have been in Canada, studying History at the University of Ottawa, for nearly 8 weeks now – just writing that seems absolutely crazy to me. I think some of my friends and family are still quite bemused that I’ve made it here and I’m still alive.

For someone who is a worrier, I felt strangely calm during the run up to leaving which was surprising for both my parents and myself! I was very lucky in the fact that I was able to go with another girl from my university called Annabelle. Despite both studying history at the University of Southampton, we had never met and only became friends after realising we were the only two heading to Ottawa. We decided that it made sense to fly out together and applied to the same halls recommended for exchange students called Brooks Residence. We were incredibly lucky in that we both got accepted. Annabelle also requested that we share the same flat which was granted by the residence. Before I left, I didn’t feel that fussed about whether I took the flight on my own or if Annabelle and I might have to live in different halls. Since arriving and actually going through all the changes of moving to a completely different country, I have never been more grateful to have her with me – she has been my rock in Canada and I really can’t imagine having done this on my own. It is surprising how comforting it is to have someone who can relate to your university experience back at home and understands British culture – we drink scary amounts of English Breakfast tea together. If you’ve not travelled much on your own before and you know someone else from your university traveling to the same place, I really recommend getting to know them – even if it just means they’re a friendly face on campus. It made a world of difference to me in helping to settle in here during the first few weeks.

The first couple of weeks were quite overwhelming and to be honest, pretty exhausting. But at the same time, it was exciting to be somewhere completely new. Ottawa is incredibly beautiful; it’s a great combination of stunning green spaces with views of the Rideau Canal and busy, bustling streets in the city centre. What I initially found odd was that it doesn’t seem like an overwhelmingly huge city, despite it being the capital of Canada. I, personally, was really grateful for this – for someone who has a shocking sense of direction, I actually managed to get my bearings relatively quickly. The campus is pretty compact and my life is made a lot easier by the fact that my halls is on the edge of campus (I can roll out of bed from a nap and make it to my lectures in 5 minutes – tried and tested!)

Annabelle and I have also been lucky in that we met a lovely group of British people in the first week at the international orientation meeting. The facebook group we created has since expanded to about 40 members as we collect more and more lost British people. It has made the social side of things a lot easier because usually there is always someone who is up for going on a night out or for a trip to a museum. We all regularly go to the Highlander Irish pub in town for a pub quiz, and Wednesday night is always karaoke night at Fathers and Sons. One of the weirdest things about being in Canada is how hard it’s been to make friends with Canadians. Due to our halls being mainly aimed at internationals, the only Canadian we’ve met in our accommodation is the CA of our building named Rebecca. She is an absolute angel; we recently invited her round for tea and cake to give her the full British experience. Hopefully her first impression of Annabelle and I hasn’t stuck; she found us in a heap in front of the main door surrounded by all our luggage, half laughing and half crying (we blame the jet lag) because our key cards to the building weren’t working. The move in process was not smooth! 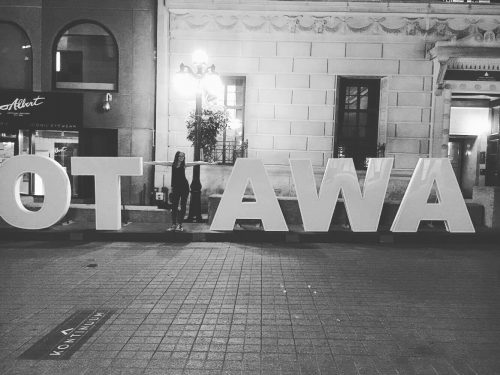 I had a lot of preconceptions about Canadian people; I was told they were very friendly, enthusiastic and positive people. Although this is slightly exaggerated, this has been the case for most Canadian people I’ve met. I did think that because of this it might be easier to meet more Canadians during my history lectures but it hasn’t been the case – everyone is quite quiet and generally very focused. The academic side of things is much more intense in comparison to studying back at Southampton. I have a lot more classes and they also last for an hour and a half, which is a real struggle when you’re used to 45 minute lectures! They also have a lot more assessments and deadlines which I still really struggle to deal with. I think the one of the greatest challenges I’ve faced since being here is trying to relax and not stress about the academic side of things. I’m generally someone who works quite hard so I do have to keep reminding myself that this year isn’t about doing well (I only need to pass) and that I’m here to experience life in Canada.

The lectures are quite different to mine back in Southampton. They are generally a lot more interactive; some of my classes have polls, and contributing and asking questions is something that is really encouraged. They are also very flexible about dropping and changing classes. I picked some third-year modules and immediately felt very out of my depth just because the academic system is quite different – I was very quickly able to change onto second year courses.

We have tried to embrace Canadian culture by going to two American football games and one ice hockey game on campus. Even if you’re not a fan of sport (I had absolutely no idea what was going on at either of the American football games, and still don’t!), it’s still worth going for the atmosphere. We were told to go to the Panda game as it’s a huge match between the University of Ottawa and our rival university, Carleton. It was crazy; everyone starts drinking from the moment they wake up and heads to a street party, before going to the game in the afternoon. The game lasted 4 hours but it was worth staying for.

When the Rideau canal freezes over in winter it becomes a huge ice rink so I decided that instead of being Bambi on ice, I would get myself some ice skating lessons. I signed up with my French housemate Carla and we’ve had about 4 lessons now. I’m definitely not good, but I’m also not the worst in the class – although, that’s only because two girls have never touched ice before!

I’ve also been on a couple of hikes in Gatineau Park which is absolutely stunning during the fall season. I love telling friends and family about going on hikes in Canada because it sounds so much more impressive than it actually is. What Canadians call “hikes”, British people call an “amble through a forest”. I’m going to keep calling them hikes.

Overall, I’m actually really proud that I’ve made it here and although it hasn’t always been easy, I’m definitely not regretting my decision to come to Canada. If anything, I’ve given my parents a really good excuse for a holiday! 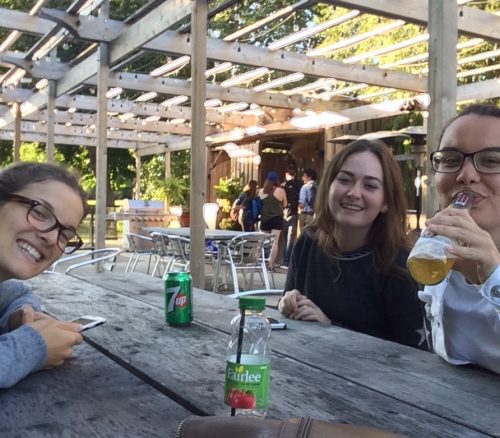 How Switzerland Saved Me: A Retrospective on my Year Abroad
Adventures of Reading Week