Every year, on the first Monday in September, people across the US celebrate Labor Day. What seems to be, surprisingly, a hint of communistic behaviour, is really a celebration of all that hard work has done to get the US where it is today and, more importantly to the masses, is a three day weekend marking the unofficial end of summer (bookmarked at the other end by Memorial Day). It is often a time where American’s make the most of the additional time and travel to be with friends and family and my family is no different. This year it was my great pleasure to join them (all 30 odd who attended) in Saratoga, for a long weekend of horse racing, imbibing and, reunion. 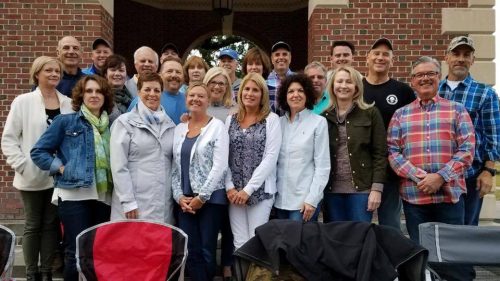 Figure 1 The cousins at Saratoga

Hoping to make the most of the trip I was able to be excused from the Lab on for the Friday so that I could travel the two and a half hours up to Saratoga. First on our itinerary was the famed Saratoga Race Course. Opening its gates to the statistically brave in 1863 it is one of the oldest tracks in the US, and at a fairly decent 154 years old even I would consider it markedly historical. The stands themselves are large wooden and metal framed temples to the sport, painted bright white on the outside, and yet, inside, a remarkably cool, shadowy refuge from the warm American sun. And of course, in front of the stands the great grass and dirt tracks that everything there revolves around. Behind the stadium, amongst the stalls selling hats and artwork, and perhaps a few questionable paintings of horses, is a swathe of picnic benches. It is here that myself and the 30 odd (odd referring to approximate number not necessarily to mental imbalance) cousins set up shop. A great spread of picnic foods, wine and beer to nibble at throughout the afternoon. All the ladies brought their hats, from the graceful and elegant to the equally pleasant crab shaped winter hat. The weather was also remarkably cool, and yes, I broke out my blazer which has seen little action over the last few, warm months. 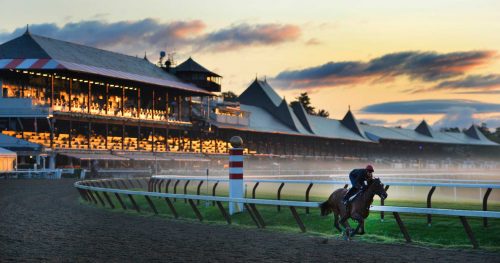 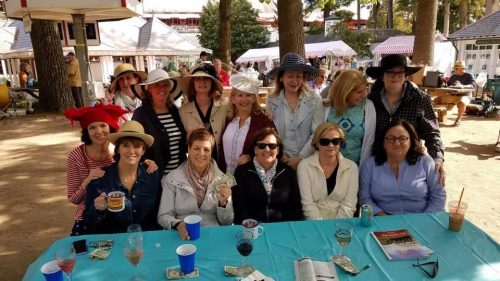 Figure 2 An online image of Saratoga Race Track and the various hats!

Dressed with light kaki trousers, a checked shirt, boots and a blazer (what most people who know me would simply call day-dress Peter attire) would come particularly handy when blagging our way into the owner’s paddock just behind the stadium. It is here that the horses come just before their call to the track and parade about, being scrubbed, watered and fussed over, before the jockeys mount. Here, whilst masquerading as some kind of lost English horse breeder, I was able to get a close look at the magnificent, though undoubtedly deeply skittish, creatures. With such a good look I was able to test out my new theory of horse race predictions:

Though I would call myself neither an expert not a gambler this paradigm did have a ability to estimate the top 5 horses with about 80% accuracy even in the face of some of the predicted odds. Not bad considering some of the bad luck the British have had previously in Saratoga, but I digress… 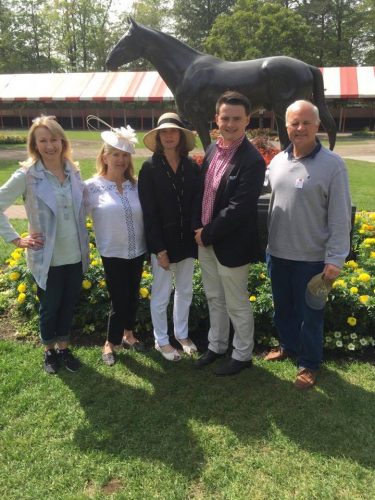 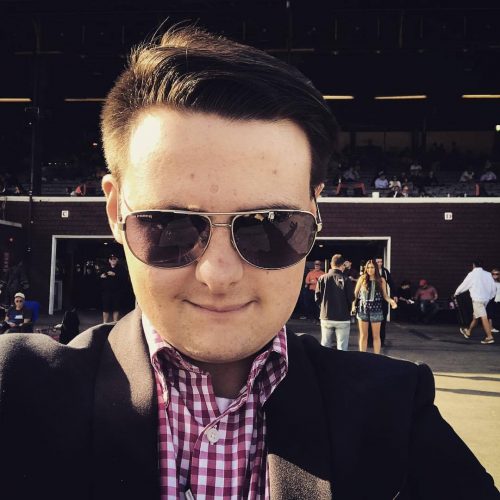 Returning to the hotel that evening covered in track dust, but almost even with what I went In with, I felt moderately smug. That evening all 30 odd of the cousins went out for dinner at a lovely restaurant. As anyone will be aware, the logistics of transporting a conglomerate of people this size is not insignificant, and whilst piling into the taxis, trying not to split couples, making sure there was enough room etc. A random stranger indeed tried to get into the taxi with us after it turned out he had the same name as one of the other cousins we were shouting to get in the taxi. Very trusting of him… I’m still unsure whether it reflects the trust that our group instills in people, or the sheer fear of God we give out when shouting at people, I shall allow the reader to make up their own mind on that.

The next day we had free to do activities, half of the group (perhaps sensible ones) decided shopping on dry land. The more intrepid amongst us decided that kayaking on lake Saratoga would be a fun way to spend the day and we were certainly right. Dressed in our most out-doorsey clothing (I even rolled up my shirt sleeves) we drove down to the Saratoga Lake, and after claiming some vividly coloured lifejackets and oars we clambered into our kayaks, 3 doubles and a pair of singles. The lake itself was beautiful, only aided by the not too warm, zero humidity, zero bug, weather. Surrounding the view were walls of verdant green trees, and as you came closer into the lake dead trees stood like sun-bleached pillars emerging from the water. Around the base of these were carpets of Lilly pads and other aquatic plants all around the lake and occasionally emerging from the edges were massive Matts of tall reeds. Our route was 2 miles down the lake to a place for a spot of lunch and 2 miles back. Kayaking is a truly amazing way to experience the water, you are so close to it, and any blisters the novice is likely to receive are only a few inches away from cooling, fresh water. When one pauses for a moment the quiet ripple of the bow cutting gently through the water is immensely relaxing. After a pleasant row, and an impressively dexterous and dry change of people’s seating positions, we stopped at a little beachfront café for a well deserved dry off and bite to eat. After eating the nicest fish and chips I have had since I got here and relaxing in the sun, we settled back down in our little flotilla to head back. I don’t know whether it was the wind on our back or the lager and margaritas now lining our insides, but the row back was even more pleasurable than the row out. I could quite happily see most of the waterways of America and Canada by this most peaceful mode of transportation. 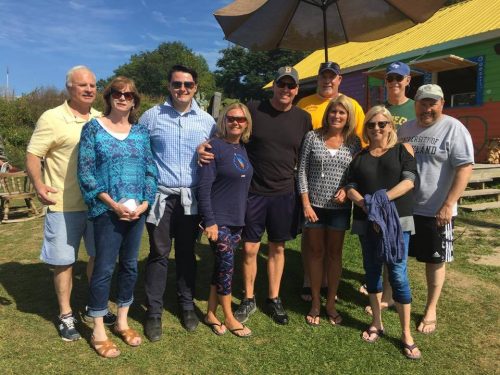 Figure 4 The nautical amongst us

That evening we all got together again for a tailgate (see my blog Take me out to the ball game) at a local concert venue for a Zac Brown (country music) festival. Perhaps due to the price or logistics of getting tickets for thirty people we in fact sat down to the whole concert in the car park. Whilst we did spend most of the first half straining to hear anything behind a large marble building we rather stupidly set up shop behind, a quick relocation gave us a passable view and sufficient sound to enjoy the rest of the concert. Leaving early to avoid the gargantuan flood of fans driving onto a single road, we smugly drove out. Whilst the more awake of the group went on to one of the cousin’s hotel for the evening’s entertainment, myself and some others who were completely exhausted from the morning’s exertions headed straight back to the hotel. As it turned out, the strong call of a nightcap to round off the evening proved far too strong to resist, and knowing that our hotel did not have so much as a drinks cabinet to speak of, we started knocking at the other local hotels to find a bar. The first we had no luck, but a rather jealous desk attendant pointed us in the direction of a hotel he knew had a bar. And so we continued, we saw the hotel, drove up to it, aaaaaand drove right past it and ended up on the highway out of the town. Whilst this may not mean like much in England, in the US you can end up on highways that you have to remain on for days before there’s so much as a whiff of an exit. We were very grateful when we saw the next exit was not too far off, and even more excited when we saw a bar next to the junction with an immensely Irish name, a pint of Guinness at last! We pulled up and walked up to the door together. All was good thus far; the obligatory neon shamrocks and Guinness signs covered the windows. Suspicions however were first aroused when we asked the two, very, very tall men at the door if they were bouncers and they replied “I guess you could call us that” with a smirk. Right… a bit strange. But we pressed on, the thought of a drink and a chat looming only feet away. But as we entered our ears were pierced with the loudest and least Irish music imaginable. We slowly walked over to the bar with the eyes of the clientele burning into the back of our skulls. Now, a good piece of advice is, when the atmosphere in a bar turns thicker than the head of a Guinness as you walk in, its probably a good idea to make a polite glance around and then leave. And that is exactly what we did.

SO, a little shaken and in fits of laughter we got back on the highway looking for that second hotel and its mirage worthy bar. Soon we were sat in relatively comfy seats nursing our drinks. A bar tender that doesn’t have to be told ‘gin in my martini please’ instead of the general ‘ill shake vodka on ice and put it in the glass with an olive’ type was a perfect way to end the drink hunt. After a few drinks, and the kind of free and happy conversation that is possible given a certain level of tiredness and vermouth, and our dedicated driver (Thank you!) took us back to the hotel. But being as awake as we had been all day, instead of going straight to bed, a bottle of vodka and the fluorescent lights of the hotel lobby saw us through to the early hours.

The next day we all went our own way, happy and relaxed after a splendid weekend of family and friends. I count myself lucky beyond measure to have been welcomed into such an amazing extended family without so much as a thought, and I thank them all for such a wonderful weekend.

Brazil: And So It Begins…
Pre-Departure Fears and The First Few Hours.