Well, another month has passed already and in that time midterms have been and gone, as has Spring Break. Unfortunately in Canada we only get one week off as opposed to one month like back home in Southampton, so I tried to fit in as much travelling as I possibly could! I caught an overnight bus to Buffalo airport where (after a short flight) my Spring Break along US East Coast started in Boston. I made a video about my day in Boston, which you can watch here.

Next was New York, where I spent the majority of my week as there was so much I wanted to do there. I stayed at a really friendly little hostel in Brooklyn, which was great as it gave me the excuse to walk across Brooklyn Bridge quite a few times and take in the views: 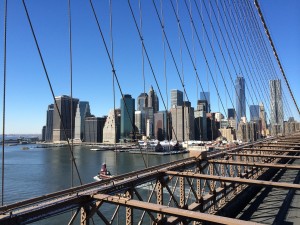 At first for someone like me who’s not used to big cities New York is quite overwhelming , but I ended falling a bit in love with Manhattan’s East Village, which is full of quirky bars, comedy clubs (I went to the UCB East Comedy Theatre three nights in a row!) and cheap vegan restaurants- I had the best pizza of my life at Two Boots Pizzeria, and it was vegan! 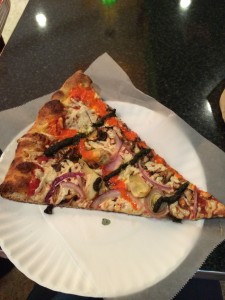 I’m a massive Musical Theater fan, and New York is the holy grail of Broadway shows so of course I couldn’t pass up the opportunity and I managed to see two musicals- Chicago, and my all time favourite musical; Wicked. 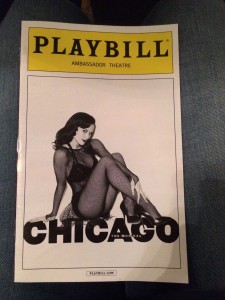 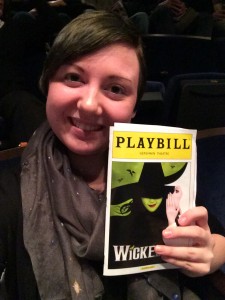 Of course I completed all the standard tourist sights including the Statue of Liberty, Times Square, Grand Central Terminal, The Empire State Building etc, but one of my favourite experiences was walking The High Line, which is a new public park built on the old freight rail line above the streets on Manhattan’s West Side. I also spent hours getting lost in Central Park, which was so beautiful in the snow: 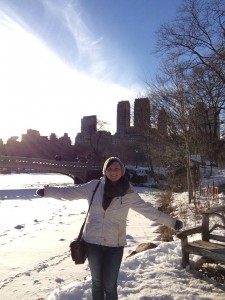 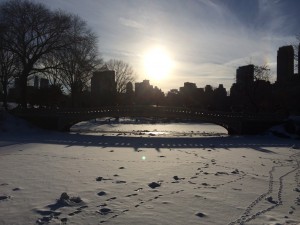 Of course there was bound to be one day that just wouldn’t stop raining, so I spent it in the American Museum of Natural History. One of the best things I saw there was a cast of a Moai statue from Easter Island. I remember studying Easter Island back in High School, and it was one of the things that originally sparked my passion for Geography and ultimately led to me being there seeing the statue, so that was pretty cool. 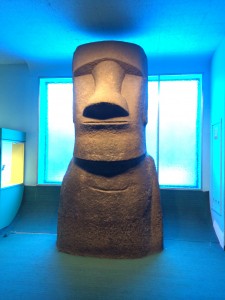 At the end of the week I spent a couple of days in Washington DC, where I had another pretty poor attempt at ice skating on the Sculpture Garden Ice Rink, and had a monumental time visiting all the monuments (that was terrible, I’m so sorry). The weather was a positively tropical (in comparison to Canada) 15°C, which was perfect for exploring the city and for hopping in and out of the various Smithsonian Museums, which are all completely free. 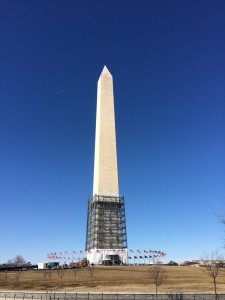 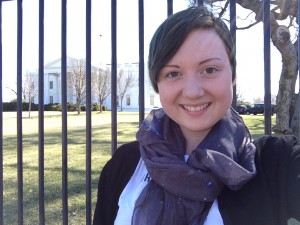 The Washington Monument and The White House.

Whilst wandering towards the White House I came across a large protest group outside Constitution Hall, who were rallying for SOS Venezuela, coincidentally a movement I’m currently studying in my Latin America and the Caribbean class at Western. One of the best things about Geography for me is that it’s so easy to see the links between what I’m studying and how it affects the people and places around me, and I think that’s really cool (can you tell I’m a Geography major yet?) 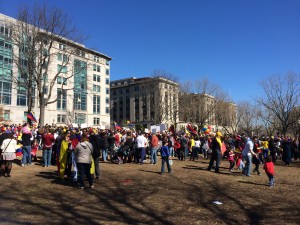 Some of the protesters for the SOS Venezuela movement.

And finally, back to Western! Last week I had the chance to go and see a talk from one of my heroes, the guitar-wielding, viral-video creating, space-exploring and all around awesome guy, Commander Chris Hadfield! The Science Students Council organised the talk on campus, and it was one of the best talks I’ve ever been to. He is such an interesting and funny guy, and definitely the coolest Canadian ever. He even brought his guitar along and played a bit of the song Is Someone Singing, which he first performed whilst on the International Space Station.

Canadians celebrate Pancake Day too (or my second month in Canada).

To bise or not to bise, that is the question!
Look! British Ellie has evolved into Canadian Ellie!