G’day, I started my upside down Australian exchange by travelling for 3 weeks around the East coast; Scuba Diving the Great Barrier reef, climbing stork Bridge in Brisbane and taking the obligatory photo outside the Opera House in Sydney. So far; so good. Then reality hit..

I moved into Urbanest which is a private student 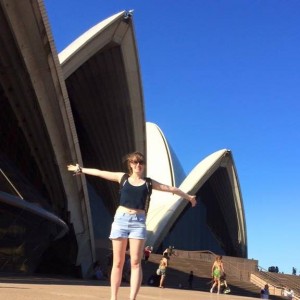 accommodation block opposite a tram stop and a 10 minute walk onto campus. The rooms are massive, theres a free gym (if you ever make it), and they have fortnightly BBQs and pancake breakfasts (to make up for the free food). I was lucky enough to find myself with another english student and 2 Canadians, where many nights of figuring out strange foods and different drinking rules began; including the southern northern divide between the word scone and scone. I was lucky to be in a social flat, which made settling in 100% easier. Apart from missing english food, Adelaide is a great place similar to England ( minus the heat), and so i haven’t felt that homesick yet! If you’re deciding between Urbanest and the Village i would definitely recumbent choosing Urbanest. My friend is at the Village and on top of the long commute, it apparently isnt half as nice. So for a little bit more money you would much rather be in the middle of things. A cheaper choice is a company called UniLodge which has accommodation all over the city; these are fantastic if you have a group of you going and Tobin House is literally opposite campus!

On top of all the travelling and free food, work began. The teaching style is  very different to that of the UK, with lectures going over the simpler stuff and then expecting you to read up on the more complex stuff at home. The workload is massive though, you’ll have weekly assignments that can take hours to find their only 3% of your final grade, because the final exams here are mostly 40%, this leads to a lot of mini-quizzes and weekly assignments to complete. Alas, the Australian people are very friendly and i soon found myself in a group of friends in my Geology modules, where everyone helped and taught each other through the more 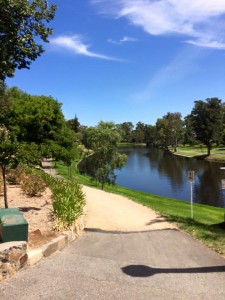 There is so much going on in Adelaide with the Fringe Festival just closing; this was a massive outdoor arena with croquet stalls, comedy acts and free bike taxis everywhere. The night life is great, with the engineering bar crawl social being the largest bar crawl in the Southern Hemisphere, so if you end up in Adelaide for their first semester it is definitely something i would recommend. Even if you don’t like drinking theres plenty of food places to choose from, and the aussies seem to prefer bars over clubs so it is a much more relaxed atmosphere.

Easter break bought some sadness as there were no (proper) cadburys chocolate eggs to be seen, and has to be one of the first easters i didn’t feel sick after eating my bodyweight in chocolate. The mid-term break is coming up in the next week, where more travelling and hopefully a blog will occur.. 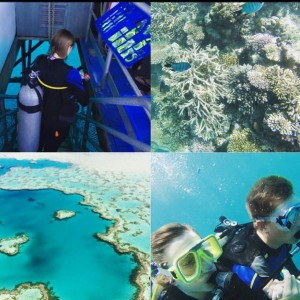 Adelaide Exchange – 2 months in and plenty of kangaroos later…