So, it’s the week before semester one ex­­ams… scary time of year. I’m now taking a bit of time off from cramming to write about my experiences so far studying abroad at Pennsylvania State University, USA.

Now, trying to keep this somewhat chronological and thinking back to how I felt when I first arrived… I was nervous for sure, it was my first-time spending this long alone and I wasn’t sure how it would affect me, if I would get really home sick, struggle with the work or just have no mates :/ I have to say for me, personally, none of these things were a problem but I also think I am pretty resilient to change in general. A great thing about going on exchange is the extra confidence it has given me when meeting new people, as you have to meet quite a few people to go from knowing no one to having a solid group of friends. One thing that really helped in meeting people was the “international student orientation week” that Penn State organise, they put you in a group with all the other students of exchange, all in a similar boat to you. Another great way to meet new people is through clubs, I joined ski club, club croquet, tennis club and Apollo THON organisation (a pretty unique thing about Penn state that I will cover in my next post). Plus sharing a room with a stranger, something I was initially and wrongly concerned about, can be a great way to meet new people too! 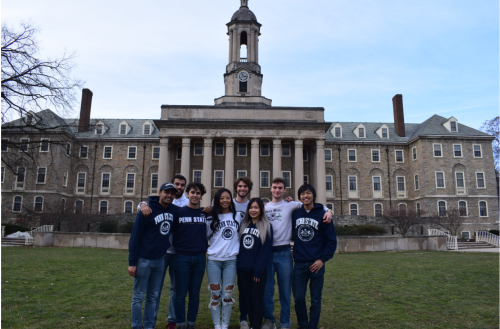 On to academics, seeing as I do have exams next week. The learning style US is different to the UK as you would expect. There are far more small pieces of homeworks/courseworks/small group projects (multiple per week) compared to one or two courseworks per module at Soton. Also, far more exams – some of my classes have 4 per semester (3 midterms and 1 final, roughly 15% and 25% respectively). So, if you do study engineering out here you should expect a higher workload. However, the content itself isn’t any harder there’s just a lot more small deadlines to keep track of, so just be organised and use google/apple calendar and you’re all set! All this work does have the benefit that it forces you to stay on top of your subjects, making revising for exams much easier. 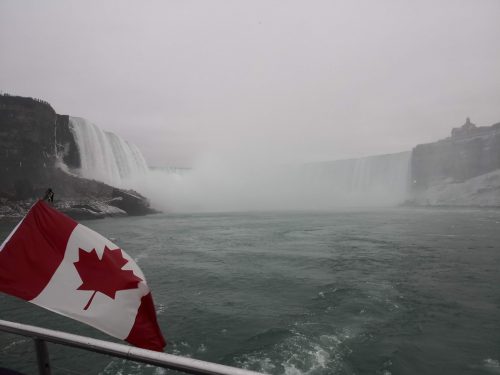 If you are organised there is still plenty of time for fun stuff! I have seen many performances, often laid on by Penn State for free, such as T-pain, Joey Bada$$, J. Cole, Jay Sean, AJR, Travis Scott and loads more at a festival called ‘Made in America’ in Philadelphia. I also had time during the thanksgiving break to go to Mexico and Canada and more recently on a weekend Ski Club trip to Vermont.

I would be missing out on a huge aspect of life at Penn State if I wasn’t to mention sports, it is a very successful college for sports. (American) Football here is huge, they have one of the best teams in the country and the 3rd largest stadium in the world, with a capacity of 107,000. The spectacle and atmosphere during big games is astounding! (see the image from the “Stripe Out”)

I have been to 4 football games, a “soccer” match and an ice hockey match. Other sports you can watch are wrestling, volleyball and basketball, all of which Penn State are competitive in. Having a televised team to support is what I think contributes to “School Spirit” here, of both students and alumni – about ½ of everyone you walk past will be wearing something Penn State branded, and there are some students whose grandparents and parents also attended… to be honest I don’t really get it, but it does produce a nice feeling of unity on campus.

If anyone actually reads this and wants to get in contact with concerns/questions feel free to find me on FB or email hjdl1g16@soton.ac.uk 🙂

We Are… Penn State!

10 tips for your stay as an exchange student in Wellington
Ottawa: A Great First Semester