So I’ve now been in Australia for just over seven weeks and have finally found the time to update this blog! I’m now five weeks into actual studies here at UWA and the main difference I’ve noticed compared to the UK is that though modules here require less work, the way they assess students is a bit different. While in the UK the most I’d ever have to do is a presentation, essay and final exam, here I have to write a book review, submit an essay plan as an assignment and even write film reviews. This has been quite nice as it breaks the normal monotony of just reading books and writing essays that I get stuck doing in the UK. The other thing is that here you tend to get marks for attending and participating in tutorials which means that everyone here is probably a bit more engaged than at home, no more tutorials where I’m the only one who has done the reading!

Anyway, you’re probably not very interested in my academic life, but I have been doing other stuff since I got here. Mainly this has meant getting involved in plenty of sport, within a week of term starting I had already represented my Halls in the inter-Halls squash competition (coming 3rd of 5), which obviously marked me out as being keen since a week later I was asked if I could play hockey for Halls as well. When I pointed out that I’ve never played hockey before I was informed this was unimportant and I should do it anyway, which was how I spent 90 minutes on a Sunday afternoon running around looking lost with a hockey stick; it says something of my skill that I was outplayed by a teammate who basically passed out with the flu during a game. Alongside college sport I was also picked to play for the university baseball team at the Australian University Games at the end of this month, though that appears to be less about the sport and more about the week of parties that occur in the evening! 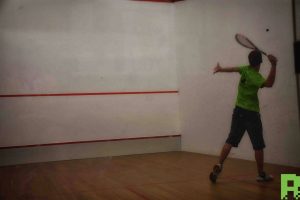 Away from sport, I was also lucky enough a few weeks ago to be elected on to the Halls’ Residents Committee as the International Representative. This basically came about by one of my friends actively forcing the nomination form onto me, then progressed to me actually winning the election that followed. So I now have actual responsibility in Halls, helping to organise social events for the rest of term (and as anyone who knows me will attest I tend to work in a fairly chaotic manner), so I’ll keep you updated on how that goes!

The main thing to take away from this (if you’re reading in a “Oh my God I actually have to go on my year abroad, how will I cope?!!!” capacity) is that the best way to meet people and make friends is to throw yourself fully into whatever opportunities come up. Don’t be afraid to do something because you’ve never done it before, give it a try and who knows what might happen?

Perth, WA: The One Where I Participate in Stuff