A quick introduction about me for anyone coming new to this blog. My name is Stephen and I am currently a 3rd year Modern Languages student at the University of Southampton, UK. At the ripe old age of 20, I’ve moved half way across the world to enjoy the sun, sea and of course the universities in Brasil. This year (fingers crossed) I will be an exchange student at the Universidade de São Paulo for one semester, and then flying down to Florianópolis to study at the Universidade Federal de Santa Catarina for another semester.

Anyone who has even spent a microsecond of time in my presence will know how hyped I’ve been to visit this wonderful country. Hmm… well actually it wasn’t so wonderful when I arrived at 5:40am on a crisp Monday morning, laden with luggage containing provisions for the coming year. Getting lost in Guarulhos International Airport didn’t really help either. The air had a slight nip and as soon as I exited the airport the difference between European and South American landscape was glaringly obvious. 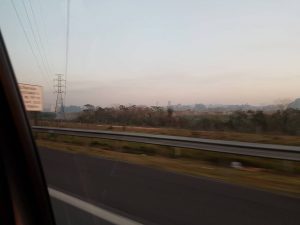 My first morning in South America was spent introducing me to a Brazilian’s best friend: O Whatsapp. At the mall I got my hands on a “chip” (or as we’d say “sim card”) and away I went. The rest of the day was spent scouting accommodation options and by the end it felt like I had been in Brazil for much longer than a single day! En route to the shopping centre (of which there are numerous around the city) the differences between Europe and South America became blindingly obvious. Among the labyrinth of hilly streets and bumpy roads modern buildings neighboured poor buildings which neighboured modern buildings and so on. People say that São Paulo isn’t beautiful. Subjective, obviously; but I think it’s beautiful in its own way. At least, those are my first impressions. 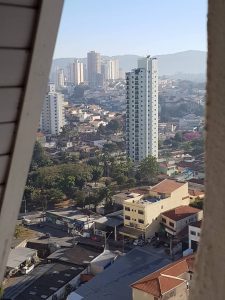 My initial days here have been taken up with the task of finding a suitable place to lay my head at night. Many of the accommodation offers come with bills already included in their advertised prices, which is helpful in avoiding the uncertainty of how much utilities will come to each month. The general standard of living isn’t as high as in Europe, but this was to be expected.

This is a short introduction of how my time in Brazil is starting to pan out. To continue reading and find out more, be sure to read my full blog Avenida Brasil at https://bloggingnobrasil.wordpress.com

Until next time people, all the best!

In the Bonds: Experiencing Penn State’s Greek Life
Life Down Under