Despite feeling like only yesterday, it’s been a year since I first departed for the United States, and so much has happened in that year. My final exams are over and so I now have an opportunity to reflect on the entire experience, the highlights and the ripple effects that have (and will continue to) influence the remainder of my university career. When I first elected to study abroad, I wasn’t entirely sure what I was in for. However, I knew I wanted to study in the U.S., and I knew that I wanted to get the most out of my time there.

It wasn’t until the initial Study Abroad briefing that I solidified my plan. I decided to make the capitalise on a single return trip to the U.S. by combining two opportunities, a Summer Session at U.C. Berkeley followed by a Fall Semester at Pennsylvania State University. The semester at Penn State was part of an exchange program and was integral to my degree course, but the time I spent at U.C. Berkeley was purely elective. In theory, this was the perfect plan but as we know nothing is ever as simple as it first appears. The U.S. immigration system (at the time) requires a separate VISA for students studying as a part of an exchange programme. This meant that I needed two separate VISAs, one for my time in California and one for my time in Pennsylvania. The application for a single VISA is not the simplest of procedures and so having to apply twice compounded the stress, cost and paperwork required. In order to receive a VISA you must visit the U.S. Embassy in London, a heavily fortified, clinical building that you must spend approximately three hours jumping from window to waiting room as you slowly progress through the seemingly endless necessary steps. At several points in the day I was convinced that I would never get my VISAs and that it was all for nothing. Eventually, I  reached the last desk and the last stony faced interviewer who, despite seeming slightly confused by my requirement for double the usual amount of VISAs, gave me the required stamp, took my Passport and I was one step closer to the U.S.. 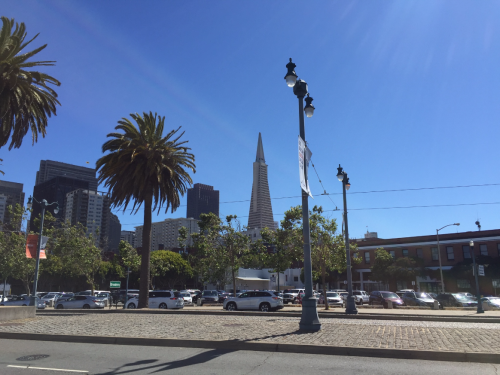 Plane tickets booked, accommodation confirmed and classes selected, I was headed for San Francisco. You can read a more detailed account of my time at Berkeley here: http://studyoverseas.soton.ac.uk/summer-in-the-bay-area/ . Some of my highlights from the Summer were, trips to Yosemite National Park and Santa Monica, whale watching from a speedboat under the Golden Gate bridge, hiking up to the U.C. Botanical Garden, and taking BART into San Francisco to see the city on the weekends. If that wasn’t enough, I met some amazing people during my time at Berkeley, as well as taking some of the best classes the world leading public university has to offer. Overall, it was an incredible Summer that I will never forget. 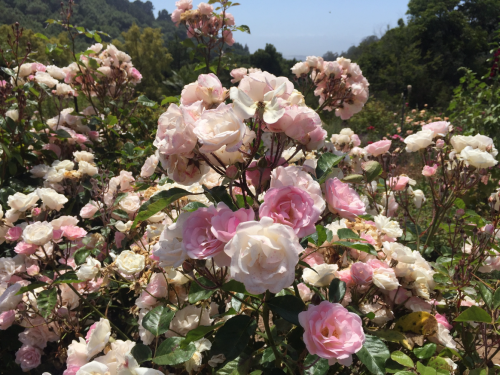 I wasn’t quite finished with the U.S.,  in fact I wasn’t even halfway done, as I was next headed for Pennsylvania and 14 weeks studying at Penn State. Getting there was not a straightforward process. Due to the requirement of two VISAs I needed to reenter the U.S. to change my status and to satisfy the university’s conditions of study. This meant that to get to Penn State I would have to travel via another country. I opted for Canada as it was “nearby”. Despite a few odd looks at the border and a seemingly endless delay at Toronto Pearson International Airport I eventually arrived in my next stop, New York city. A brief pit stop in the Big Apple allowed for boating in Central Park, a stroll around the Zoo and some retail therapy in Lower Manhattan. Before I knew it I was off, ready for the last leg in my U.S. adventure. 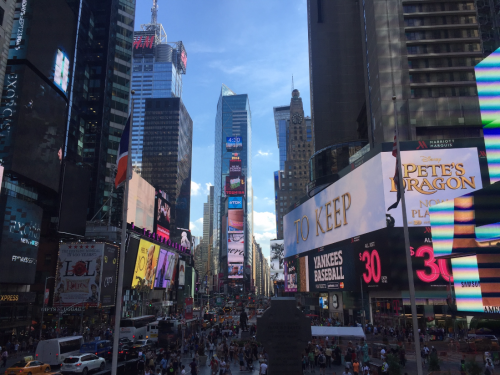 Time really did fly at Penn State. I was busier than I’ve ever been at university. The American system loves testing, and so I found myself taking an exam, or “midterm”, every other week. This means you have to manage your time well or you’ll quickly fall behind, a bit tricky to get used to a first but once you’ve got it it’s a great way to learn. I feel like I retained the information I was taught in America really well due to the constant testing. That’s not to say that it’s all work and no play as I was able to take advantage of many of the opportunities offered to my during my time there. Some of my personal highlights were; standing in the freezing cold to watch Penn State defeat rivals Ohio State, visiting Philadelphia to celebrate my 21st birthday, sightseeing in Washington D.C., joining the quidditch team and travelling to play in Lock Haven, skiing in Vermont and being fortunate enough to get a free ticket to watch Kanye West perform in the Bryce Jordan Centre. I talk slightly more about my time in PSU in my previous post found here: http://generic.wordpress.soton.ac.uk/studyoverseas/getting-settled-in-pennsylvania/. 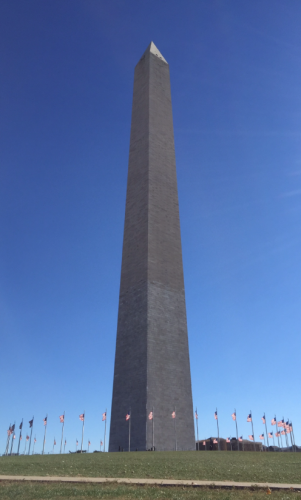 Now that I have finished my second semester in Southampton I can reflect on the impact that taking a semester abroad on the entire year. I was incredibly relieved to have been able to complete my exams in Penn State before returning home, meaning that I could for the first time enjoy Christmas fully without the dread of January exams hanging over me. It also allowed me to choose a module which I was very interested in ‘Biomaterials’ over a module which I had covered most of the material in America. However I did have to fit my entire Individual Project into a single semester, which was difficult, however this stress can be alleviated by choosing a potentially simpler IP or one which can be started whilst abroad.

In summary, this year has been my favourite at university by a considerable margin. I would thoroughly recommend the experience to anybody considering it. I am truly grateful to all the staff at Southampton, U.C. Berkeley and Penn State for their help and support during this year.

Studying in the USA: One Year On