Well I am back in Southampton so I guess it’s probably about time that I got round to sharing my experiences from my second semester abroad in America.

I returned to State College after spending winter break travelling with my family, at this halfway point in my year abroad I had really settled into life at Penn State and it felt as if I was returning home. I couldn’t wait to see all my friends again after the 2 week holiday. When classes started again I had no issues getting back into the routine, first semester had felt like a holiday, but now I was part of the scenery.

My favourite experience during my second semester abroad was my holiday during spring break. The great thing about being on the other side of the Atlantic was that it opened up holiday options that would be a lot more expensive to fly to from Europe. I ended up spending a week with 3 of my friends travelling in Nicaragua and Costa Rica. Slightly worried by our lack of accommodation and the vagueness of our travel plans the day before our flight out is was assured by my friend Nick, (who had travelled in Central America before and was also our token Spanish speaker), that it would be fine and central american hostels don’t take bookings anyway. It turned out he was right however as we never once struggled to find accommodation.  Our first stop was an volcanic island called Ometepe that rises out of the western side of Lake Nicaragua, about 45 – 60 minutes by ferry. The hostel we stayed at on Ometepe (Little Morgan’s) was probably one of the coolest places I have ever stayed in, the building our beds were in was effectively a multi story tree house. We spent 3 days there exploring the island, one of the days we even hiked to the top of the main active volcano allowing me to be a full on geology nerd for the day. We spent most of the rest of the holiday in Costa Rica, but this meant crossing the border. This wasn’t the most enjoyable of experiences, with the many individual and unexplained fees to pay, long queues and locals trying to sell you bits of tat and overpriced street food, but it had to be done, especially as our flight back left from the Costa Rican side of the border. That flight wasnt for a few days though so we had time to see what Costa Rica had to offer us. Once across the border we spent the remaining days on the Atlantic coast along the Nicoya Peninsula. Here we spent most of out time swimming in the sea, relaxing in the pool or trying our hand at surfing (I even managed to stand up a few times :P). Before long it was time to fly home and return to the weekly routine of classes. 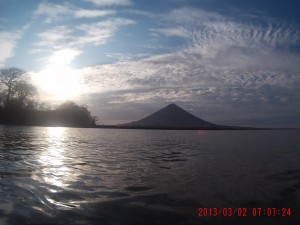 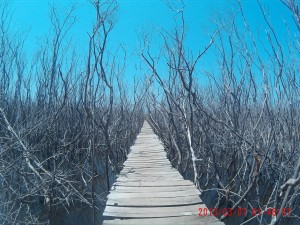 One of the things I enjoyed most about life in State College was how easy it was to access the outdoors, it wasn’t uncommon for my group of close friends to spend a free afternoon going on a hike up the hills in the surrounding forest, or driving out of town on a quiet Sunday to go rock climbing for the day. What really stood out to me was how little distance you had to travel away from state college to be alone in nature. We would only need to drive 5-10 minutes out of town to go for a hike on which we wouldn’t run into anybody else, and most often than not we would be the only people at our favourite nearby rock climbing location (Donation Rocks). 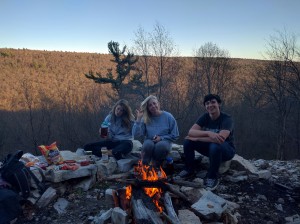 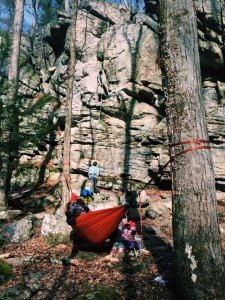 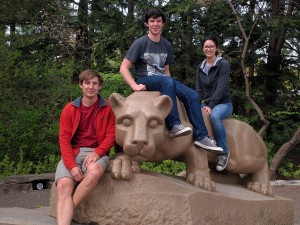 Another great thing about State College is how unique it feels, the downtown area is filled with local shops and businesses which is a really refreshing when compared to the cut and paste nature of large swathes of suburban America where chain restaurants are the norm. I think t

his really makes spending time in State College a unique experience, which is exactly what I wanted my study abroad to be. Out of all the local shops a personal favourite of mine is the Waffle Shop, a local brunch restaurant which does really nice cooked breakfasts . The only downside is that the food is so good that you will normally find a queue of hungover students waiting to get in on a Saturday or Sunday morning (but its worth the wait).

I was so sad to say goodbye to all the friends I had made while I was in America, It was probably the most incredible experiences of my life so far (and if not then at least in the top 3). I would jump at another opportunity like this in a heartbeat!