Before the work started, the local churches were excellent at organising things for international students, even if you weren’t a part of the church. Below is a picture from a hike up the local ‘mountain’. They also put on trips to Niagara Falls, an Amish town and many more smaller events. 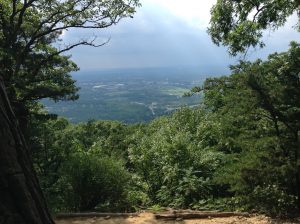 When all the Americans arrive, there’s a big welcoming ceremony which is one of the most american things you’ll ever see! 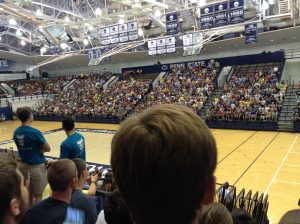 Their equivalent of the bun fight is huge and is held outside in the heat. 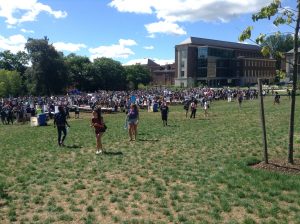 The first game of the season. Even if you don’t like American football, going along to the 4th largest stadium in the world is worth the experience. 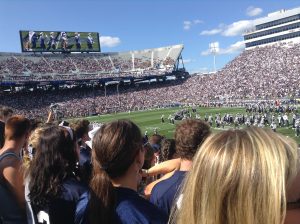 There is a beautiful park called the arboretum where you can sit and watch the sun set. 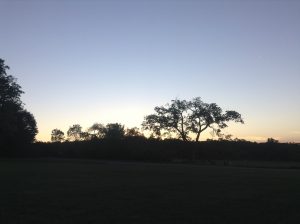 We did a 5K fun run where they pelt you with coloured powder! 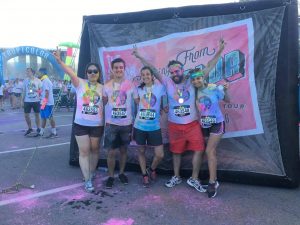 Oh, and we got free Kanye tickets. video at the bottom. 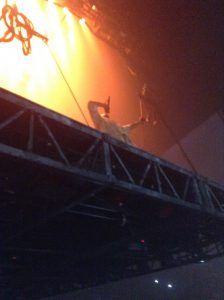 Being in central Pensylvania, there’s not too much to do, but the big city (Pitsburg, Philadelphia, New York, Boston and Washington) aren’t too far away. I was lucky enough that my family came over for my birthday and we took a trip to New York. 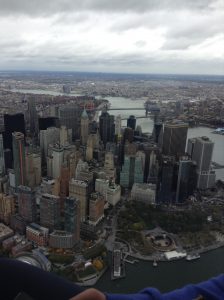 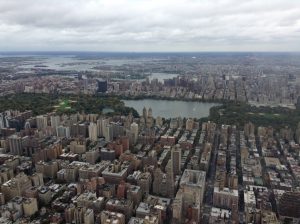 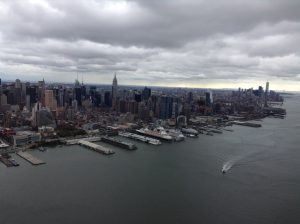 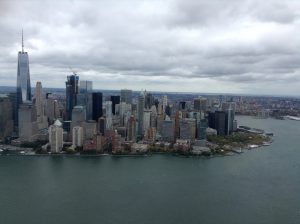 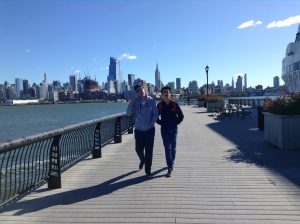 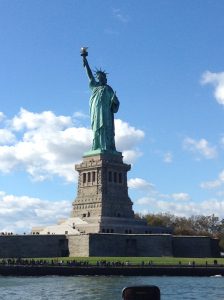 Part of the half time show at the American football.