So I am writing this post a year after getting on that first flight to Hong Kong; a flight that led to a destination I now call my second home. Yes, this may seem a bit premature considering I am only 21 but when you live in such an incredible place with unforgettable memories you cannot help getting attached.

For so long going on a year abroad was merely a construct until I had to hand in an application stating my preferred locations. Although Hong Kong was my second choice I have absolutely no regrets. I had never been to Asia and this experience has allowed me to open my eyes. Of course, that sounds cheesy but I always thought that London was the best city in the world – now my perspective has been transformed. At this age using such absolute words like “best” were completely naïve, I have not been to most cities in the world so how could I be certain? Well now I am positive, every city is different with Hong Kong being amongst one of my favourites so far.

Back to the actual year now, I can tell of all the amazing stories and adventures but first space must be given to understand the sheer effort it takes to move across the continent. Retrospectively, it took hours of preparation but honestly I was in denial until I left. I could not believe that I was moving to Hong Kong, I mean how many people could say there were doing that at the age of twenty. This disbelief meant I did not want to google details, partly in fear of potential disappoint and somewhat because I wanted a fresh start with no expectations. I had heard stories and information through friends and families which put me at ease and with most people recollecting that English is rather common I decided to go in blind.

This approach was the best one I could have taken since I did not have any reference and everything was exciting and new. Don’t get me wrong I would worry but I took everything as it came. So when I landed in the middle of a typhoon it was crazy but also it was part of this new life I chose so I just tried to stay calm. However, when in a taxi where the driver did not speak terrific English and the man who has your keys might have left the office for the day you have to find a solution: call home! Okay so I was not fantastically proud to call my dad when put through this first test of living independently but I needed back up after 20 hours of transit.

From this point onwards things only got more exciting and adventurous as I had to adjust to a whole new way of life. If you didn’t know, Cantonese is the language spoken in Hong Kong of which I knew nothing but people could understand a bit of English and I learned that hand gestures go a long way. Learning how to convert Hong Kong Dollars to English Pounds was not too hard and we started to check the exchange rate and pass it on if it was particularly good – basically a great time to buy flights around Asia. The fact that all university courses were taught in English definitely helped aid this transition and events thrown for exchange students allowed us to form a big group chat where we self-organised sight-seeing trips.

Going on a year abroad I was surprised to see how welcome and open other students were, it felt like the beginning of university all over again where you could speak to anyone and no cliques had formed. Being in similar positions we all became close quite quickly making homesickness less of an issue – most of my friends were unintentionally British. It was this mindset which allowed us to travel Asia since making holiday plans was on everyone’s agenda. During first semester I had the pleasure of visiting Vietnam with 7 good friends, luckily we were not altogether for the whole experience as I have now found that traveling with a smaller group is much easier. I then went to visit another Southampton university year abroad friend in Singapore. After 2 trips away you start to get an itch for exploring and from then on my friends and I would constantly check for cheap flight deals. In the end, we worked out that it was never super cheap to fly from Hong Kong as it is quite an expensive region but when you are living out there you just have to go for it because we knew we would not get an opportunity like this again.

It would be fair to say I did not put 100% into my studies but when exam and assessment season hit I had to buckle down and work. My courses were rather interesting but I found it quite difficult that I had to take 5 modules per semester when I was used to taking 4 modules throughout the whole academic year. This work load and the pressure of such a prestigious university meant there were some tough times but making other law friends who understood helped the process. As motivation, my best friend and I booked a trip to Taiwan in the early stage of exam season which now seems absurd but we knew that we had to balance exploring and studying whilst we had the chance.

I was lucky enough to go home for 3 weeks at Christmas, a welcome escape after the many hours of crammed work as the semester ended. Christmas being a super important family time for me meant I was very grateful to be reunited with family and friends. Relaxing with English home comforts made me regain my energy to make the most out of the next 6 months and I was ready to go back and do it all over again.

January and the beginning of February in Hong Kong were quite difficult because of the drop in temperature and yes it was nothing compared to the “Beast from the East”, which my sister constantly reminded me about, but 14oC and no heating or insulation anywhere as well as air conditioning still being on throughout campus meant we spent most of our time indoors. We were all thinking about our next trip away to escape from the chill but starting new modules, which I took more seriously, meant we did not go anywhere until Reading Week. As my birthday was during Reading Week my friends allowed me to suggest Malaysia and after watching vlogs of our other friends who went the previous semester everyone was sold. Whilst you are on a year abroad you realise that Youtube is brilliant for getting ideas of where to travel and what to do. This trip was definitely one of my favourites with Malaysia being my top destination I recommend people to go, second to Hong Kong of course.

After this trip everyone had the realisation that we would be leaving soon and so every weekend we would try to go sight-seeing (Big Buddha, Chi Lin Nunnery, Ten Thousand Buddhas Monastery etc.) or go hiking. The beginning is when we went out in the clubbing district, Lan Kawi Fong (LKF), twice a week because of the best and worst concept of ladies’ night where women get alcohol and entry for free. This meant that every one of my girl friends had one memorable, or not so memorable, night out. In second semester nights out seemed less important and my favourite nights instead included beach evenings watching sunsets. What people are often most surprised by when I describe Hong Kong is the natural beauty which can be found. Hiking was always one of the most rewarding experiences as we would get away from the city and pollution and climb to incredible points overlooking the city or the vast sea.

My favourite memory is after exams when my best friends and I went to a less touristy side of Hong Kong (Sai Kung) and took a taxi to the UNESCO World Heritage Site where there were incredible rock formations and a gorgeous beach hidden after a short hike. We set up camp and then when swimming in the sea as the sun set. When night fell we finally could see the stars, such a rare sight where we lived in the main hub of the city because of the pollution. We went swimming under the stars and to our great surprise there was bio-luminous plankton in the water which shone green whenever we swam. In the morning as the sun rose over the hills and above the ocean there was no place that had ever been more beautiful.

After that, there was very little time left with goodbyes becoming daily but again having made so many British friends I knew I would see them again soon. Rather it was the ending of what many of us viewed as the best year of our life. Luckily, I had planned a lengthy travel experience with my sisters and friends from home who came out to see me so my Asia experience was not over. I went to Japan, Thailand and Cambodia – three incredible countries with such rich history, architecture and most importantly amazing food! A lot happened in 6 months and it was only fitting that I ended my travels from Hong Kong so I spent one last day before that final flight back to the UK doing everything I loved: eating egg waffles and dumplings; drinking bubble tea; sitting by the harbour etc.

As I sat on my flight back I couldn’t help but shed a tear, I tried so hard to fight the emotions but in the end I was overwhelmed by the time I had spent living in another country and knowing that I would not be returning anytime soon was sad. It was the end of a life-changing chapter and I know now that I will take any opportunity to go back 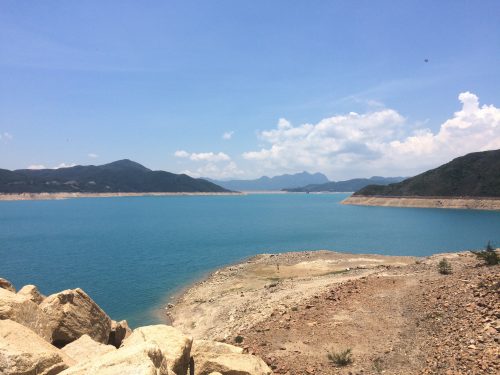 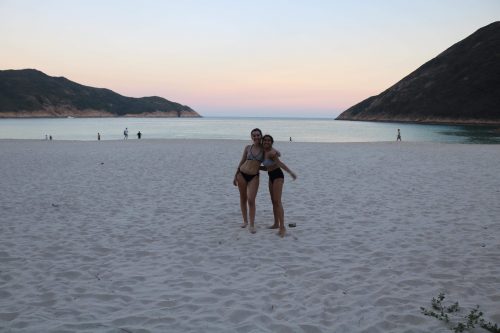 A semester in Singapore
Nine Months in Nova Scotia, Canada