Where do I begin…my year abroad in Brazil was INTERESTING, I learnt a lot about myself and Brazilian society but I wouldn’t want to do a disservice to future Year Abroad (YA) students by saying it was all a bed of roses or …caipirinhas because it was far from that.

Disclaimer – this was my third time in Brazil so I wouldn’t say I was a newbie to the country, I had already built up a tolerance to some of the ‘interesting’ things that go on in Brazil. A lot of people asked why I chose Brazil and not another country. The simple reason is that Brazil is such a beautiful country filled with friendly people. I knew if I went to Portugal or any other European country I wouldn’t get that same vibe. One of the benefits of going to Brazil is that people don’t speak as much English as they do in Europe so you are forced to speak Portuguese, which they really do appreciate.

Despite this being my third time in Brazil I was still nervous heading back out there; you never quite get used to the humidity. Luckily, I arranged for my host family to come and pick me up. So, fortunately, I don’t have any stories of getting into any dodgy taxis. All in all, it was a very smooth journey from London to Brazil.

I opted to stay with a family because I wanted to speak as much Portuguese as possible and integrate myself into my new Brazilian community. And I did just that. They didn’t speak any English so we spent the whole time speaking in Portuguese it was great having someone who knew where the local post office or supermarket was. Some host families can be insufferable, imposing strict rules and questioning you on your every move – but lucky for me I didn’t have that issues, I was given space to do whatever wanted (within reason of course).

Having settled in nicely into my new home, the next challenged was registering for university and starting my classes. I knew from the YA talks that universities abroad would be ‘different’ but I was not ready for my university in Brazil – UFMG. As I walked onto the campus, the first question that popped into my head was ‘have these buildings been completely constructed’? It very quickly became evident that I was no longer in Avenue Campus, Southampton. Despite the rustic feel of the university and the lack of clean bathrooms, it certainly did not lack in character. The walls were covered in Banksy-like art and political statements, everyone’s political position and opinion were documented – staring at the four walls had never been so interesting. By some miracle, I manage to get my documents in order without having to wait 7 hours to get my CPF  (an identification number that is necessary for pretty much anything useful) as other students did. The biggest challenge in my Brazilian university career was adapting to the timetable. At UFMG, classes normally start as early as 7.30 am and finish as late as 10:30 pm, and I was lucky enough to have classes in the morning and well into the evening. This long day, however, is quite useful for Brazilian students as a lot of them work and study at the same time, but for me, it was testing especially as the semester started in August when all of my friends back in the UK were living their best lives.

UFMG was not the same as British universities in the sense that they didn’t have societies like we normally would. This meant that making friends was slightly more difficult, especially in the beginning. However, through a good friend, I found a gospel choir that became a second family to me and shaped my YA. Getting through the door was no easy feat; I had to audition in Portuguese. At that moment in time, I didn’t know any Portuguese songs, so it was a challenging remembering the lyrics let alone the melody or harmony. Nonetheless, I got in! Singing as part what grew to be 250 voices, really helped my Portuguese not only because I was learning new songs and performing every week but also because I had more people to get to know. 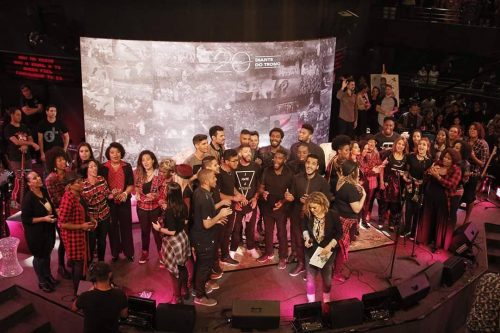 I would say the highlight of my time in the choir was singing a solo as part of the Christmas concert, in front of over 1,000 people. It was the first time the choir heard me sing, and to receive such positive feedback and support was very encouraging. 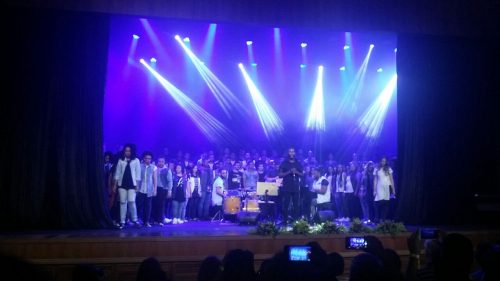 Christmas was a very strange time period. First thing, it was HOT…in December that really freaked me for a while but then I finally accepted where in the world I was. I chose to stay in Brazil instead of going home because I wanted to spend as much time as I could in Brazil, plus the expensive flights did not help. I spent Christmas with a close friend’s family; they had a different tradition of meeting in the late evening on Christmas Eve and celebrating well into Christmas Day. We ate, play games, laughed, danced, sang, and ate some more – it wasn’t quite your average Christmas roast but they had rice, beans, and a plethora of meat.

One of the benefits of going to Brazil is the travel opportunity. There is just so much to see but it’s hard to get it all in during the holidays. Lucky for me this was my third crack at it, which meant I had seen a lot of Brazil already, but I had never been to Minas Gerais before. Wherever you go in Minas Gerais, someone somewhere is talking about Ouro Preto and how amazing it is. For those of you who don’t know the city (which included me), it is a former colonial mining town located near Belo Horizonte with lots of beautiful old churches. A few friends and I went on a road trip to this colonial town – I must say I was extremely scared to be in the car with another student, but we didn’t die so that’s something. 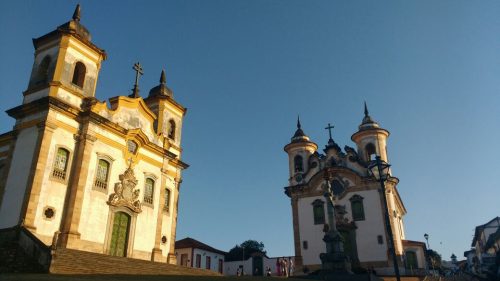 Another memorable trip was to Rio de Janeiro – the city in which everyone thought I was studying. My sister came to visit me and spend some time getting to know the city. It was amazing showing her around the city and showing off my Portuguese and how far I had come. I even persuaded her to come hand gliding with me, which I must say isn’t as scary and it looks! 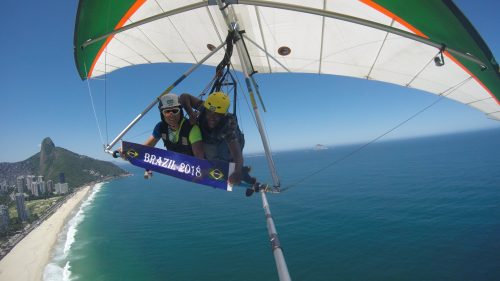 This wouldn’t be a reflective piece (de verdade) if I didn’t give my two centavos, you know what they say “it is easy to be wise after the event” so let me impart some of my wisdom.

If I could sum up my experience in one photo I would choose this one because it encapsulates the amalgamation of fear, excitement, stupidity and beautiful scenery that characterised my time abroad. But this picture is especially accurate because I actually wanted to jump off a cliff at various points during my YA particularly whilst writing my dissertation but that survival story is for another day. Let’s just say, plan ahead kids. 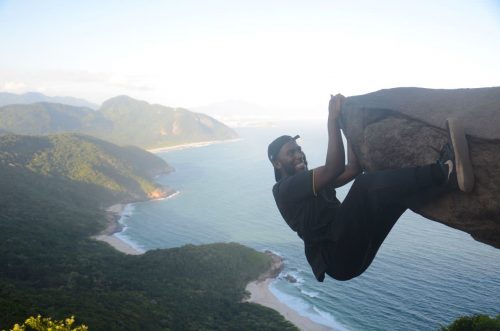