Many people, including myself, aspire to go travelling down under. Thanks to the study abroad, I was able to study in Adelaide which then allowed me to travel around lots of Australia and new Zealand – which is a lifelong dream of mine.

A big worry of mine was that I would feel homesick, leaving behind family friends and my relationship and this was the case after the initial excitement wore off after the first couple of weeks. However, making friends was incredibly easy and the university and city itself puts on so many different festivals, free barbecues and other events which allows you to feel like you’re at home the entire time. We weren’t able to find somewhere to live initially as a lot of places only wanted 12 month tenants (and we were there for 6 months) but the university supplied good mechanisms and resources to aid us in finding somewhere to live. Fortunately for us, this ended up being about an hour out of the city centre, however this only added to the experience as we regularly saw koalas and other animals in the garden as we were in “the bush”. This was particularly good for me as I was very caught up in the idea that you have to be within the city to have a good time, and this wasn’t the case at all.

The university itself was brilliant. Having a change from Southampton was really refreshing as i was beginning to feel a bit burnt out from my degree, but a change of scenery, staff and content helped to reignite the flame, so to speak. The University of Adelaide was very helpful for exchange students settling in and provided lots of trips to help show off the surrounding areas and to meet fellow international students.

Overall, University is a time where you learn to be independent and I can’t think of any better ways to prove and develop your independence than to have a semester abroad on the other side of the world. The experiences, friends you make and maturity you develop are second to none. Australia doesn’t provide too much of an extreme culture shock and has similar pricing to the UK (until politics causes the exchange rate to crash) and Adelaide itself is perfect for people like myself, who struggle in hot weather, as it has hot summers but mild winters. The location is also brilliant, with Melbourne just an hours flight away and new Zealand only two hours or so away. I have done lots of travelling throughout my life but I couldn’t recommend going down under to study enough. 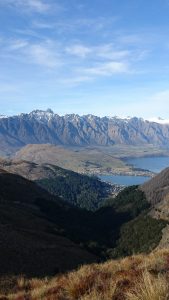 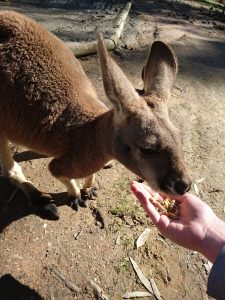 My time in Hong Kong
First week in Brazil