Having to condense 9 months studying abroad into one blog post is proving to be much more of a challenge than I first thought – maybe if I had been more organised and blogged whilst I was away like I was supposed to (classic) then I wouldn’t have to, but here I go anyway. On the 9th August 2017 I set off for a year studying the third year of my Marine Biology Degree in the US, in a pretty little coastal town called Wilmington in North Carolina. I am going to be honest, it wasn’t exactly where I wanted to go for my exchange as I didn’t get my first choice. Despite this, I had an absolutely smashing year, for various reasons which I will try to summarise in the next few paragraphs whilst simultaneously keeping the clichés to a minimum.

First off, although Wilmington/America in general definitely has its negatives (although President Trump may disagree) it is undoubtedly a place with some beaut spots. As Southampton students I think we can all admit it is not the prettiest place in the world, or even the UK (or even sodding Hampshire) to live, so that is something I particularly liked about going to uni in Wilmington. The UNCW campus for example, although a little extra with its fake Greek columns outside most of the buildings, was very impressive. There were loads of little ponds and lakes, and pretty places to sit, as well as swimming pools (!) for each accommodation which made it a really nice environment to live in. 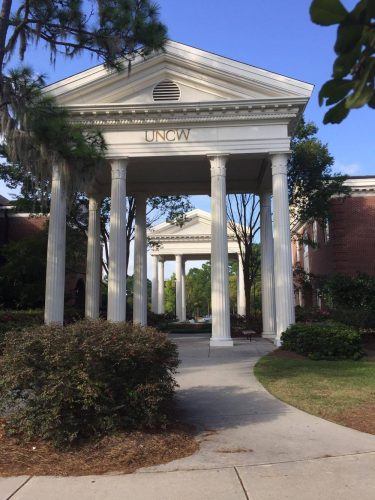 Away from campus is the Riverwalk Downtown which is home to loads of little restaurants and a great spot to grab a drink and watch the sunset. Another great sunset spot is Wrightsville Beach, which myself and my friends visited quite a lot during the year as it is about a 40 minute cycle ride away from campus that takes you past a lake with a pontoon where we would occasionally sit and have a few bevs. The Wrightsville Beach area itself is great for surfing and gives Wilmington a very surfer-y student-y vibe which was nice to be a part of. 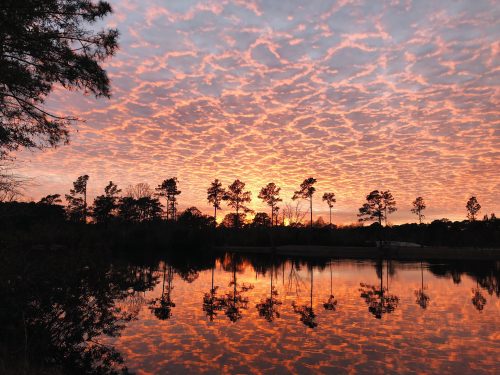 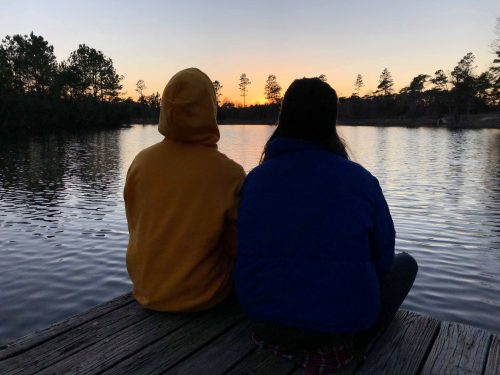 Me and my Spanish/English pal Rafa enjoying the views

Though I did grow to love Wilmington, it wasn’t the town which made my time in the States so great but the people I met and travelled with throughout the year (cliché #1, soz). There are so many international students at Wilmington and I made friends for life with people from all over, who I will definitely go and visit at some point in the future. 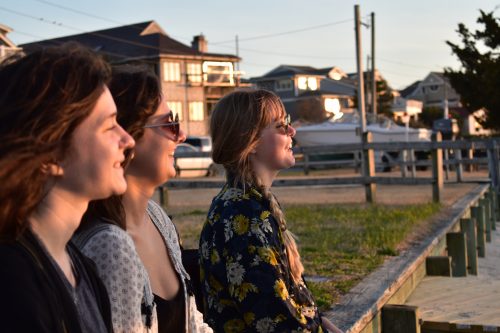 My two best pals on exchange Victoria (from France) and Millie, who also studies at Southampton 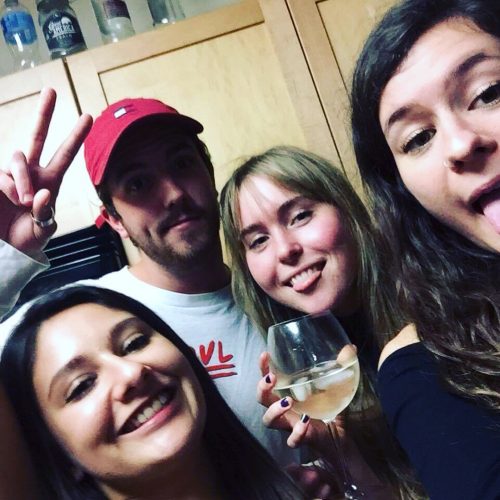 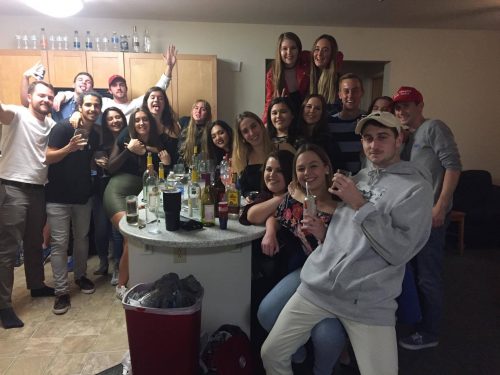 Hate to reiterate the words that I am fairly sure anyone who has ever gone on a year abroad ever tends to say a lot but TRAVEL AS MUCH AS YOU CAN, wherever it is you go (cliché #2). Seriously, some of my happiest memories were from the various road trips I went on with pals and there is soooo much to see in America. One of my personal favourites was the Autumn road trip I took with four friends, one from England, one from France, and two from New Zealand to the mountains in North Carolina. We drove along a famous road called Blue Ridge Parkway and camped at different spots, taking in the breathtaking Autumn colours and beauty. 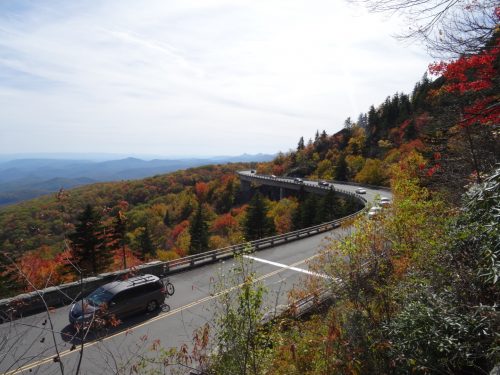 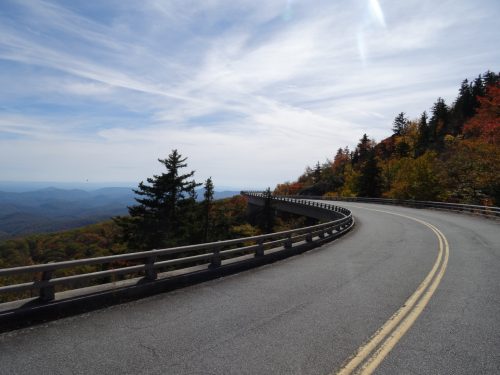 Linn Cove viaduct, one of my favourite views in the world 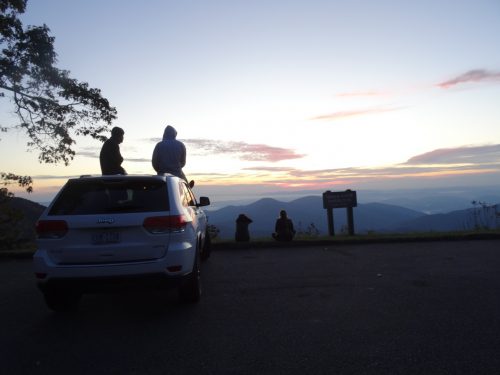 Sunrise in the mountains

My other favourite trip was probably my final one before I came home, me and my Australian friend Demi road tripped through Grand Teton National Park and Yellowstone National Park, an unreal experience I will never ever forget. Even though I made her camp (which she hates), complete 8-mile hikes in the snow with grizzly bears and smashed her new iPhone X to smithereens in the boot of our car like the clumsy oaf I am, I think she will agree with me that the things we saw that week were worth it. 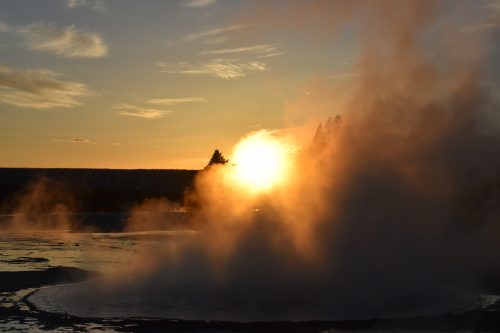 Sunset over a Yellowstone geyser 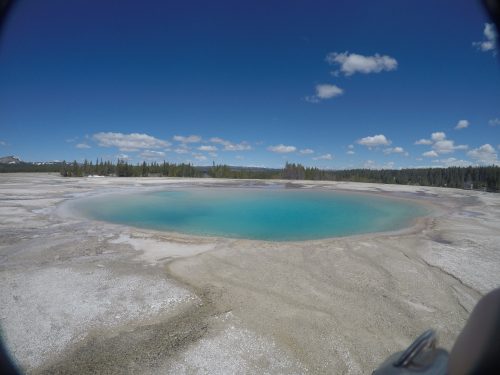 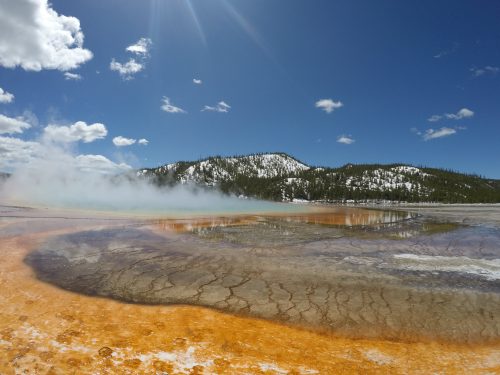 As well as these places I managed to go to New York, Boston, New Orleans, LA, San Francisco, Yosemite National Park, Las Vegas, The Grand Canyon, Arizona, Miami, Jacksonville, Charleston, and Washington D.C. A huge tip I would say to anyone studying abroad/travelling in America is downloading the car rental app Turo – it is essentially air bnb for cars and is so much cheaper and easier than using official rental companies. Travelling by car really is the most cost effective and best way to see America so yeah, you’re welcome for that tip, it’s what made it possible for me to go to so many places essentially. 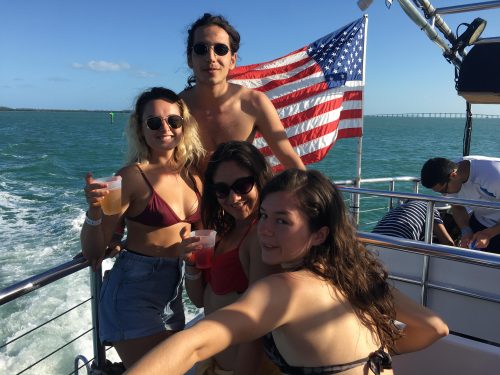 Miami beach boat party, where the girls go free and the guys pay $100 (not sexist at all) 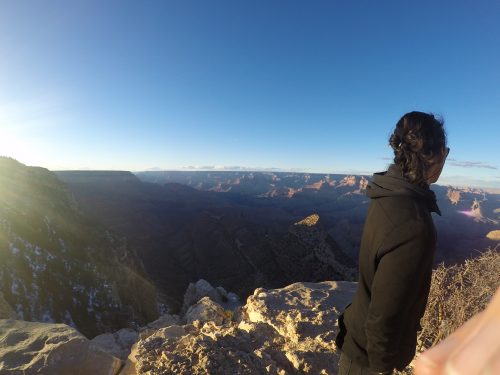 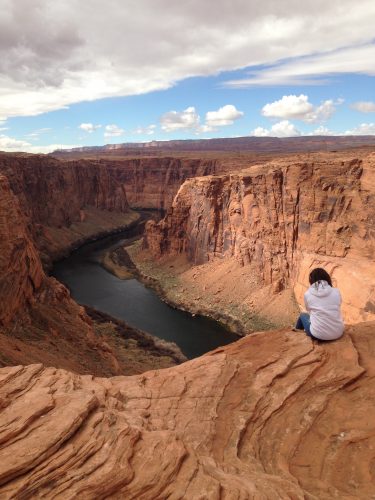 A random viewpoint in Arizona we stumbled across 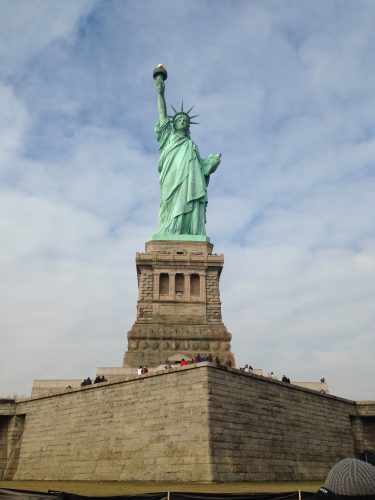 Don’t really think this one needs a caption 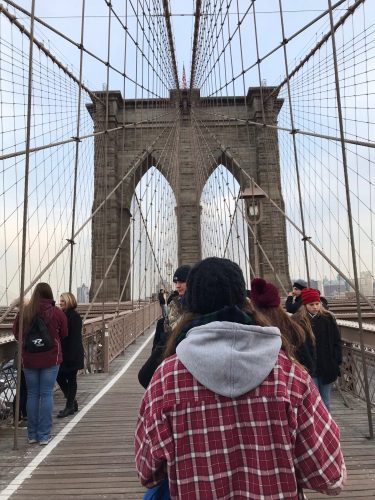 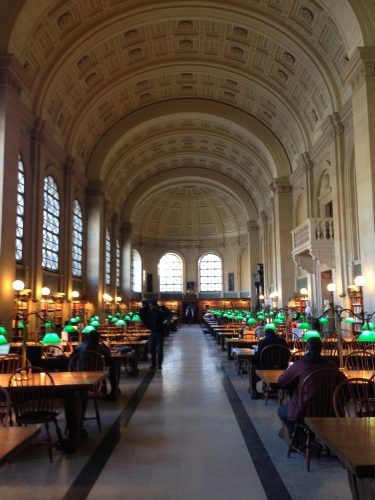 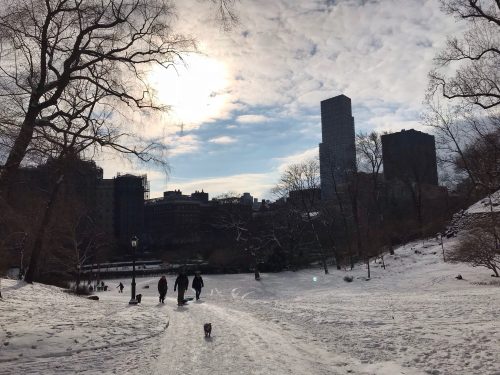 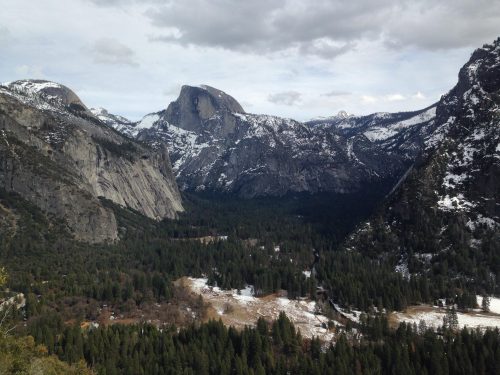 Yosemite national Park, view of the half dome 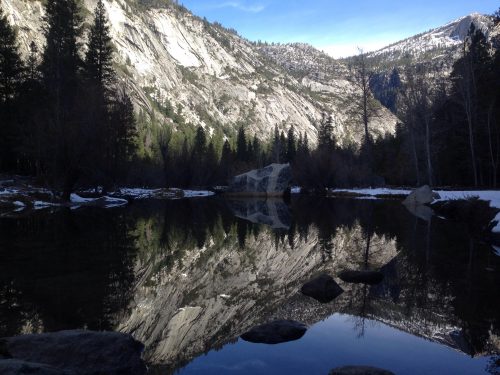 As well as the people/places I met/visited, I did actually have time for studying (it is called study abroad after all). Uni in America is very different to in Southampton, the classes are much more like school in the sense that you get a lot of small homework type assignments and are often graded on attendance, so you can’t just miss lectures willy nilly. Although some of the theory was at a lower level to what we learn in Southampton, I was able to take classes I never would have had the opportunity to if I hadn’t gone abroad, such as Antarctic Ecology and a research SCUBA diving course which was unreal. Lab experience is also something you get a lot more of in America, and through my Directed Independent Study project (kind of like a mini dissertation) I learnt how to use molecular techniques to study Caribbean Sponges which was so valuable. Molecular marine biology is what I want my career to focus on and so the time I spent in the labs at UNCW gave me such valuable experience which is not so easy to gain back in Southampton.

So yeah – that’s just a taster of my year really, can’t recommend going abroad enough (cliché #3), you 100% won’t regret it (cliché #4) and make the most of all opportunities whilst you are out there (cliché #5). Oh well – I know I said I would keep them to a minimum, but clichés are clichés for a reason, right?

A year in the US of A

The Delights of Geneva
Summer School Trip to Chengdu (2018)