Hi! My name is Tania and I am graduating from a BSc Mathematics, Operational Research, Statistics, and Economics this July 2016. I went to the University of Sydney as an exchange student last semester.

Here’s what I thought of Sydney.

Transitioning to Sydney. I have lived abroad for quite a while now. I have lived in Jakarta (my hometown, maybe I shouldn’t count this), Hamilton (Ontario—where I did my high school), Southampton, and now Sydney! Transitioning to Sydney is by far the easiest transition I have ever made in my entire life. Maybe it’s because of its proximity to my home country, or because I have already known a lot of people in Sydney, or because the friendliness of the city/country itself, or because I had my brother for the first few weeks in Australia. But it was extremely easy to settle in and begin my life in Sydney. 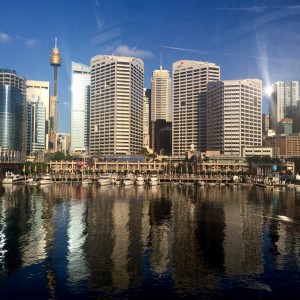 The city itself. Sydney is a vibrant city, rich with people from diverse background and culture. I lived in the northern part of Sydney thus every morning that I had to go to the university I was entertained by the gorgeous view such as the Opera House and Luna Park from the Harbor Bridge that connects the northern and southern part of Sydney. They have really cool public transportations as well. Their Opal card (some sort of Oyster card) can be used in buses, trains, light rails (trams), and FERRIES. 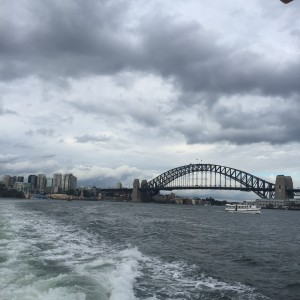 Australian accent. I was, and am, terrible at understanding accents. It took a while to get used to the British accent despite the fact that I have been speaking English as the main language for a long time. Getting used to the Aussie accent was even harder. Something about their accent—the way they pronounce their vowels, their tones—is just really different that I initially had some difficulties with.

People. The people in Sydney are very diverse, you can find people from any part of the world in Sydney. I got to meet quite a few new people in Sydney, but what I was most excited about is meeting all my senior high friends that I haven’t met for a long time! I even got to go to a friend’s wedding in Milson’s Point which is cool. 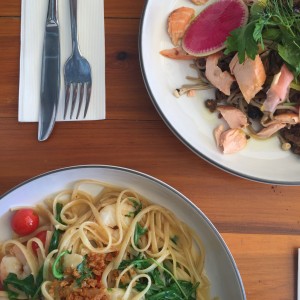 A really nice brunch in Chatswood 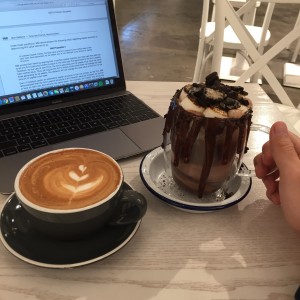 I honestly feel incredibly lucky to be able to go and experience my last semester as an undergraduate in Sydney. It was such an amazing and different experience. Also, I will have another separate post on academics/things I wish I know before Sydney. Stay cool!

The Ultimate Guide to Sydney
Crime, Law and Psychology: An Experience in Prague